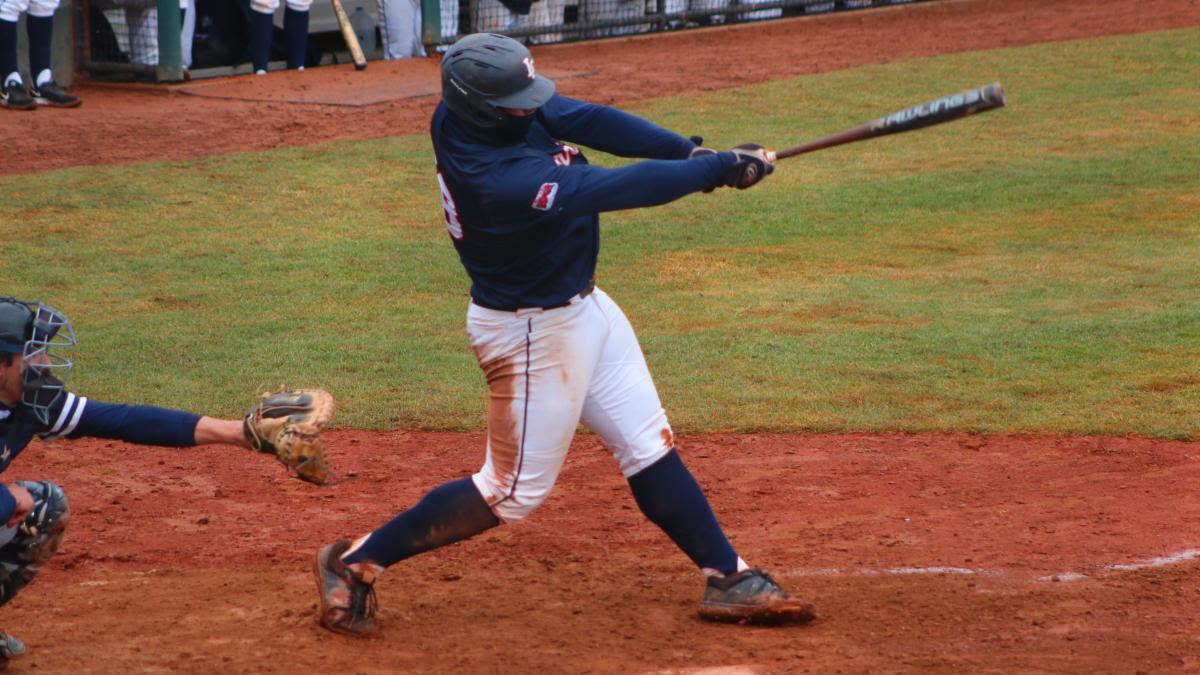 LA GRANDE, OR - The Lewis-Clark Warrior Baseball team ended their regular season Sunday with a heavy-handed 17-2 victory over Eastern Oregon. The fifth-ranked Warriors tallied 16 hits, including eight doubles and three home runs, in the lopsided win over the Mountaineers.

LC State used seven pitchers in the contest to allow the bullpen to get work in heading into the postseason. The Warriors' staff combined for 13 strikeouts.

"It was a really good ending to the regular season today," Head Coach Jake Taylor said. "We played solid all the way around and had production from our entire bench and bullpen. We are excited to start postseason baseball this upcoming weekend."

Riley Way was hit by a pitch and beat a throw to second on a flyout to get the momentum going for the Warriors. A wild pitch put him on third and Dillon Plew walked to put two on with one out for the hot-hitting Brock Ephan. A single to left center brought in the game's first run before a walk to Luke White loaded the bases. A throwing error by the pitcher on a ball hit by A.J. Davis brought in two more and gave LC State a 3- 0 lead.

Three straight hits for EOU started a rally to cut into the LC lead in the bottom of the inning. The Mounties struck for one before a Jack Johnson did more damage for the Warriors in the second.

Zach Threlfall and Way reached on free passes and both runs came in on a three-run home run by Johnson. He drilled a 2-1 pitch over the wall in right center to push the lead to 6-1. Luke White followed an Ephan ground-rule double with a two-run shot over the fence in left center to cap the five-run inning.

More miscues by EOU turned into runs for LC State in the fourth. Sam Linscott, Davis and Dalton Harum all walked with two outs before Threlfall was hit by a pitch to plate a run. A base hit by Way brought in one more before a double by Johnson cleared the bases for the inning's third, fourth and fifth runs. The Warriors led 13-1 after three and a half innings.

Ephan continued to do damage with a solo shot to leadoff the fifth inning. Jaden Phillips started a rally in the sixth with a base hit before back-to-back doubles by Threlfall and Way made it a 15-1 game.

Lewiston natives Alex Light, Phillips and Jackson Fuller all doubled in the ninth to grow the advantage to 17-1.

The Mounties tacked on a run in the bottom of the ninth before Jesse Parker struck out a pair to end the regular season.

Way and Ephan led the Warriors with three hits each in the game while Johnson drove in six runs on two hits. Both Ephan and Johnson had a home run and a double in contest.

Thomason went four innings in his start and struck out four. Lucas Gregory fanned three in his inning, Matt Driver collected two punchouts in his single frame and Joe Ball struck out one. Jacob Bogasz and Parker combined for three strikeouts as LC State totaled 13. Bryson Spagnuolo also saw action on the mound.

The Warriors completed the regular season with a record of 38-4 and 30-2 in CCC play. They will host the Cascade Conference tournament at Harris Field on May 8-9.

What kind of movement did spring ball prompt in the Huskers' projected defensive depth chart?

As rookies hit the field, Matt LaFleur says of Aaron Rodgers: 'We want him back in the worst way’