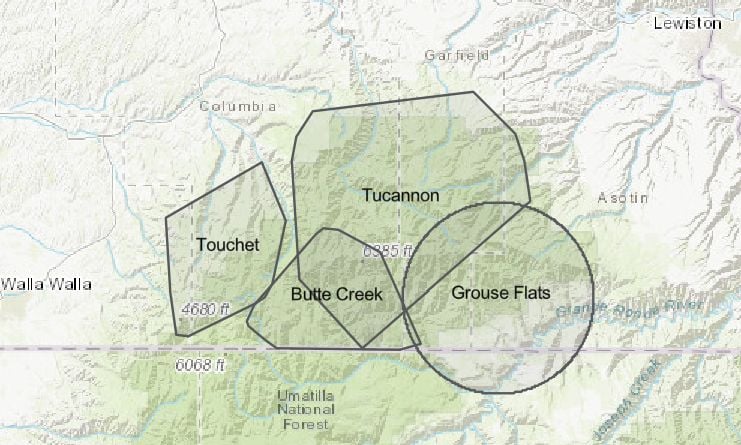 ASOTIN COUNTY - On February 3, a livestock producer reported a dead calf in a fenced private pasture to WDFW staff, who later that day conducted an investigation.

The investigation revealed hemorrhaging on both back legs and the inner hide of the left leg with most of the hindquarters consumed. These injuries were indicative of wolf depredation. Tracks of a single wolf were present throughout the pasture, along with drag marks and a blood trail. Based on the combination of tissue damage with associated hemorrhaging and wolf sign, WDFW staff classified this event as a confirmed wolf depredation.

WDFW Director Kelly Susewind authorized incremental removal of wolves from the Grouse Flats pack on September 24, 2019 after WDFW staff confirmed four livestock depredations by the pack in a span of approximately two months.

This depredation is the fifth depredation in approximately seven months attributed to the Grouse Flats pack. Given that this incident was an isolated occurrence in a calving pasture, appeared to be an opportunistic depredation rather than an ongoing pattern, and several non-lethal deterrence options were available to be deployed, lethal removal is not being considered at this time. WDFW staff will continue to monitor the area to mitigate future conflict

Donald Trump has had a VERY good 2020