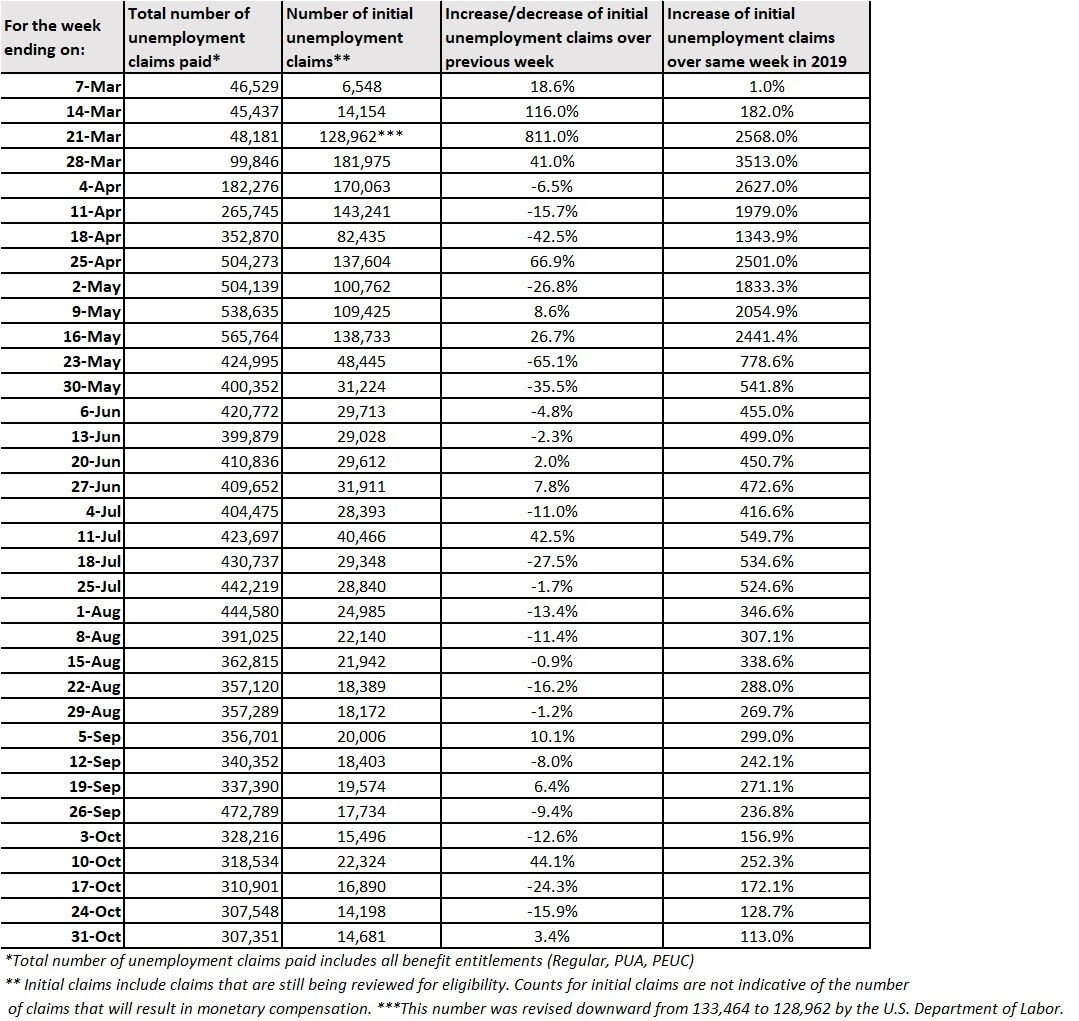 OLYMPIA - According to the Washington Employment Security Department (ESD), during the week of October 25 - 31 there were 14,681 initial regular unemployment claims (up 3.4 percent from the prior week) and 465,563 total claims for all unemployment benefit categories (down 2.1 percent from the prior week) filed by Washingtonians. Since the pandemic began in March, ESD has paid more than $12.1 billion in benefits to over a million Washingtonians.

Slight increases in initial claims were primarily in industries where seasonal layoffs are expected this time of year, including agriculture and construction.

Below is a thirty-five week summary of statewide initial claims filed since the start of the COVID-19 crisis:

When should you send a holiday package? Here are the deadlines for USPS, FedEx and UPS