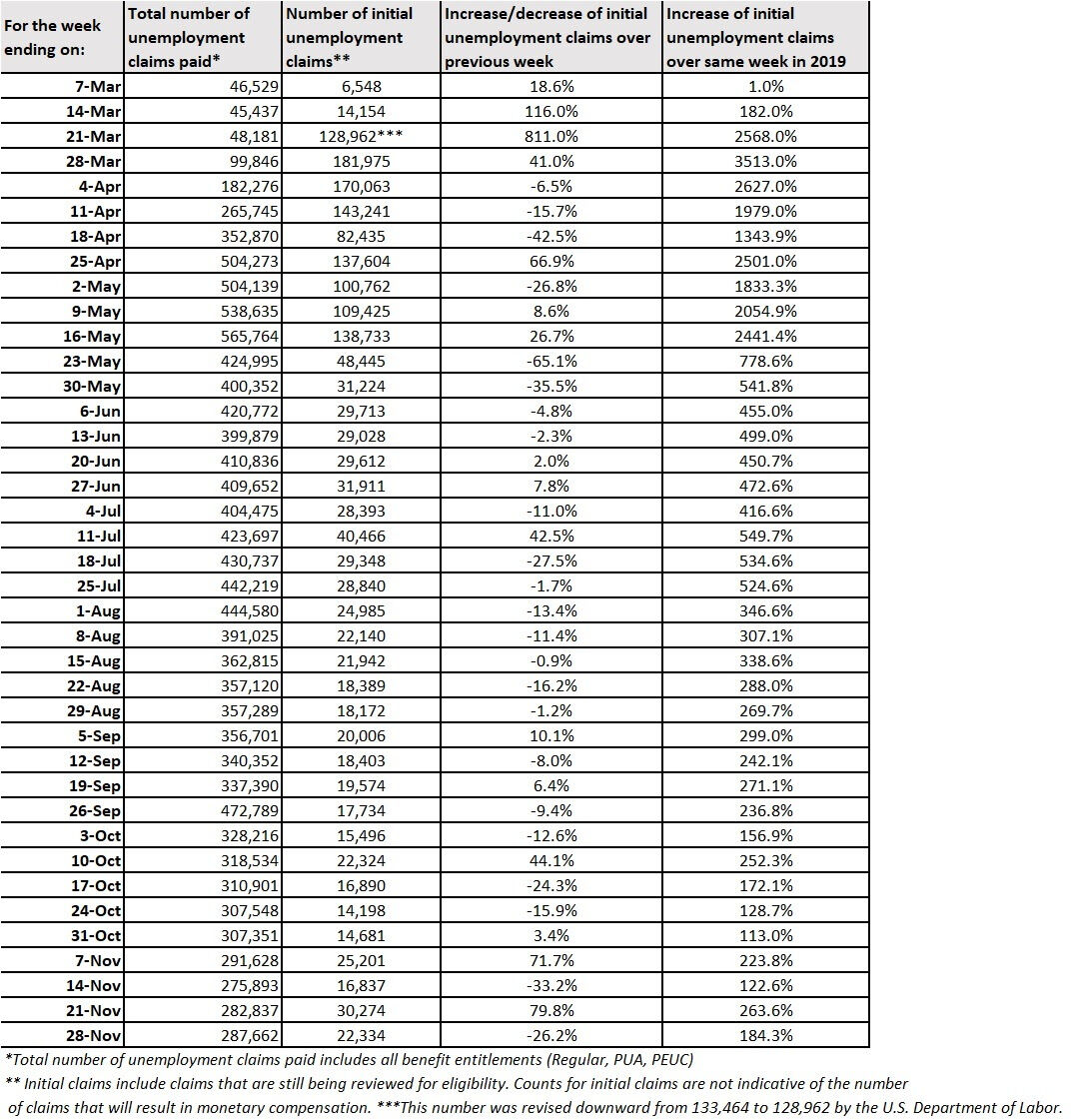 In the week ending November 28, ESD paid out over $133.8 million for 287,662 individual claims. Since the crisis began in March, ESD has paid more than $12.6 billion in benefits to over a million Washingtonians.

Below is a thirty-nine week summary of statewide initial claims filed since the start of the COVID-19 crisis: