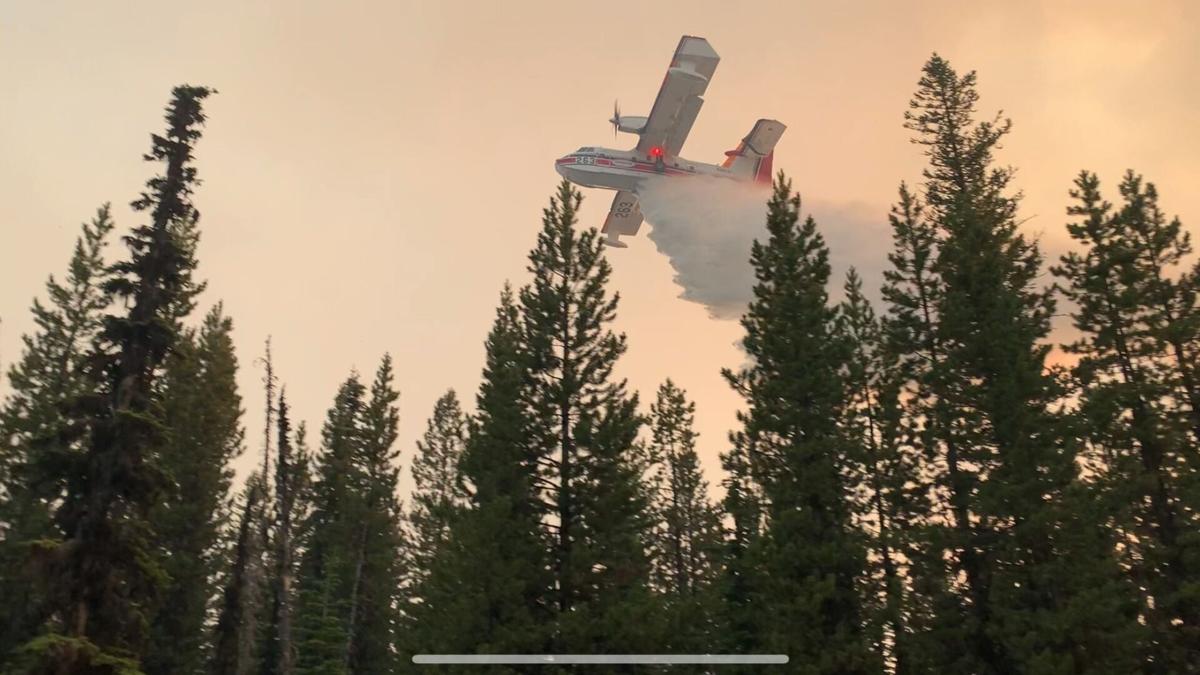 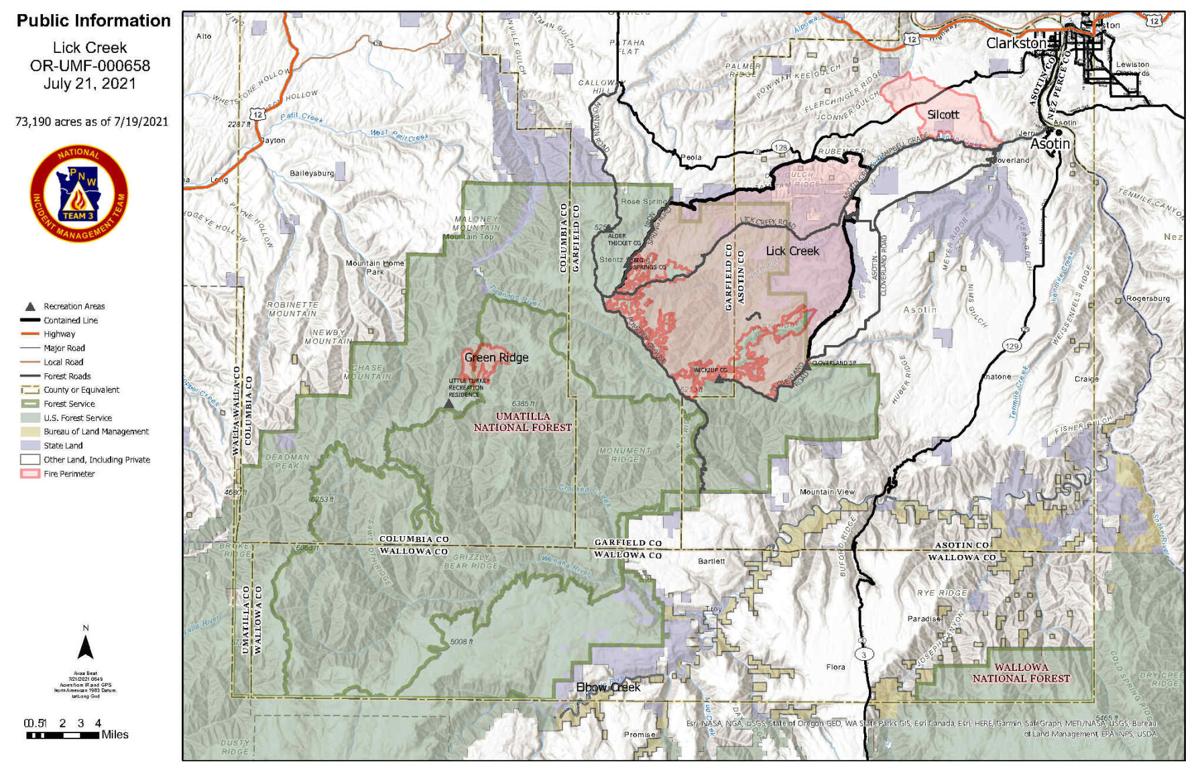 POMEROY - According to an official update on Wednesday morning, the Lick Creek Fire is now 45% contained. The fire area is currently estimated at 73,528 acres.  The lighting caused fire has been burning since July 7, centered along the Asotin County/Garfield County border.

Most of the fire activity continues to be on its southern edge. Mop-up and patrol activities continue around other portions of the fire area.

A weak cold front pushed across the fire Tuesday morning bringing scattered light showers and gusty southwesterly winds. Precipitation amounts were very light and generally around a trace to 0.01". However, officials say the rain cooled air did produce southwest winds near 15 mph with gusts up to 20 mph. Showers shifted east of the fire Tuesday afternoon allowing for a mix of sun and clouds in the afternoon along with light winds. High temperatures cooled into the 70s and 80s.

Isolated showers and thunderstorms were expected to impact the fire early Wednesday morning bringing the potential for gusty outflow winds and brief downpours. West to northwest winds are expected to increase Wednesday afternoon and evening with gusts near 20 mph along the exposed ridge tops.