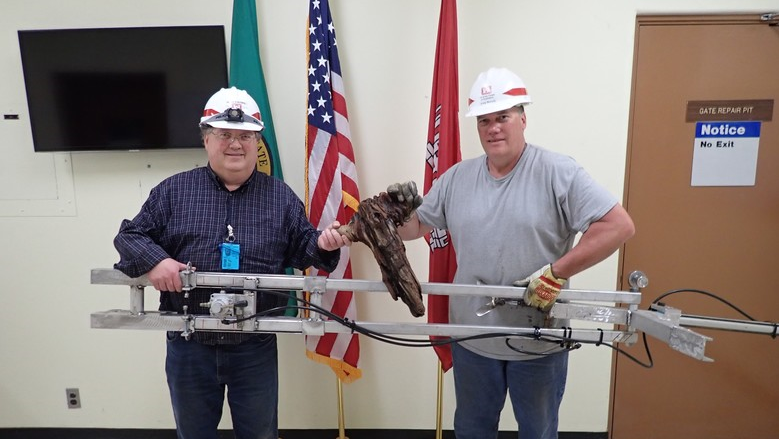 Jay Haugen and Kreg Buryta with their orifice debris plunger device after a successful test on May 5, 2020. 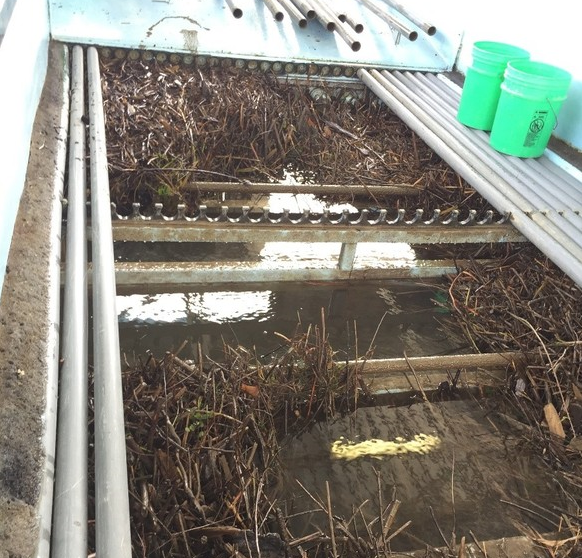 Debris built up in the separator at Little Goose Lock and Dam, 2017 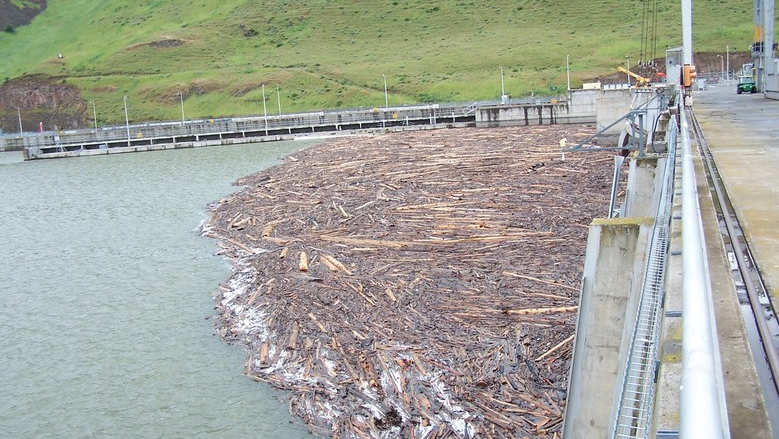 Debris built up in the forebay of Little Goose Lock and Dam, 2017.

WALLA WALLA - Two US Army Corps of Engineer employees at Little Goose Lock and Dam have created a device that removes debris blockages within the dam. As a result, they have eliminated the need to spend time and labor dewatering a gatewell, prevented higher fish mortality rates and boosted energy production.

In 2014, the trash shear boom (a barrier designed to keep debris, such as logs and trash, out of areas where it could create problems) failed and all debris moving downriver accumulated in the immediate forebay, directly upstream of the turbines.

These issues included plugs in the juvenile fish channel and vertical barrier screen failures, among others. Even with the installation of the new trash shear boom and boat barrier in 2018, debris continued to create issues in the juvenile bypass system.

Concerned with impacts to fish, Mechanical Engineering Technician Jay Haugen and Maintenance Worker Kreg Buryta combined their talents in 2019 to design and fabricate a tool that could be used to remove debris from orifices (openings) within the dam.

The design utilized a pneumatic cylinder left over from PIT tag gate maintenance and sections of scrap aluminum. Haugen took measurements and drew up the design, which was then given to Buryta for fabrication. Work Leader Ronald Ashley, who has since retired, Maintenance Worker Matthew Hutchens and Engineering Technician Matthew Flanagan also assisted with design, fabrication and testing.

On May 5, after many modifications and tests, Haugen and Buryta were able to successfully use the device, dubbed the “orifice debris plunger” to remove a very difficult blockage from an orifice in the dam, after hours of trying various other tools and methods.

Central Washington gym First to be Fined Almost $10,000 for Staying Open During Outbreak