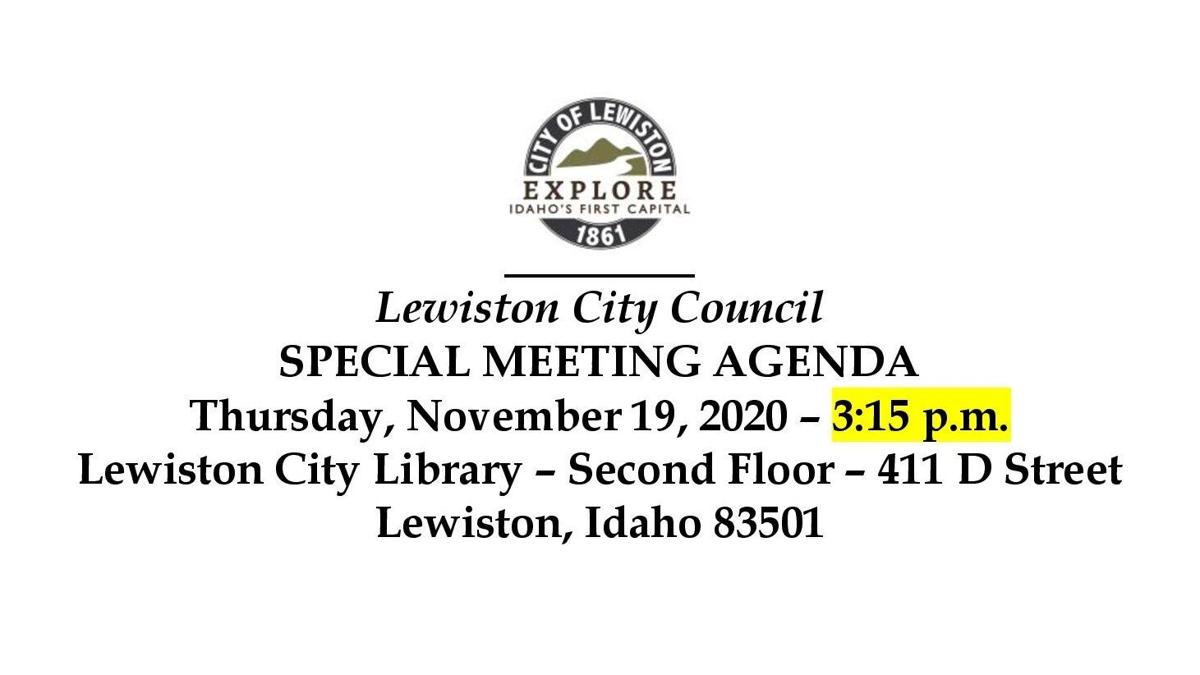 LEWISTON, ID - The Lewiston City Council will likely again be considering a mask mandate, and other COVID-19 related measures, at a special meeting planned for Thursday.  "Pandemic Response" is listed on the agenda of a special Lewiston City Council meeting scheduled for 3:15 p.m. "Considering various options in response to the COVID-19 pandemic, including, but not limited to: advisory order(s); mandatory order(s); proclamation(s); resolution(s)," reads the agenda item.

Critics of a potential mask mandate in Lewiston say the unusually early timing of the meeting is designed to quiet opposition to a mandate, as many Lewiston residents will likely still be at work.

Citizen comments will be accepted at this meeting and each person is limited to three minutes. Comments can be submitted several different ways:

1. EMAIL: Patrons may submit an email, with their comments attached, to City Clerk Kari Ravencroft, kravencroft@cityoflewiston.org. If you would like your comments read out loud during the meeting, please specify that in your email. Emails must be received by 2:00pm, on Thursday, November 19.

2. PHONE CALL: Patrons may call 208-746-3676 and leave a voice message, which will then be transcribed and if you would like your comments read out loud during the meeting, please specify that in your voice message.

3. IN-PERSON: Patrons may attend the meeting at the Library to provide comments and/or watch the meeting, however only 10 people (including City Councilors and staff) will be allowed in the meeting room. Council Members, staff, and members of the public are strongly encouraged to join/watch the meeting virtually, in an effort to reduce potential exposer.

A separate overflow room will be set up outside the meeting space (including a television screen that will broadcast the meeting), but only ten people will be allowed in this space as well. Both rooms will have ten chairs set up, spaced at least six feet apart. Seating at the Library will be on a first-come, first-served basis.

Once capacity is reached, additional people will not be allowed into the Library unless a person leaves the building, then another person will be allowed to take the spot of the other person who left.

A face covering is required for everyone inside the Library.