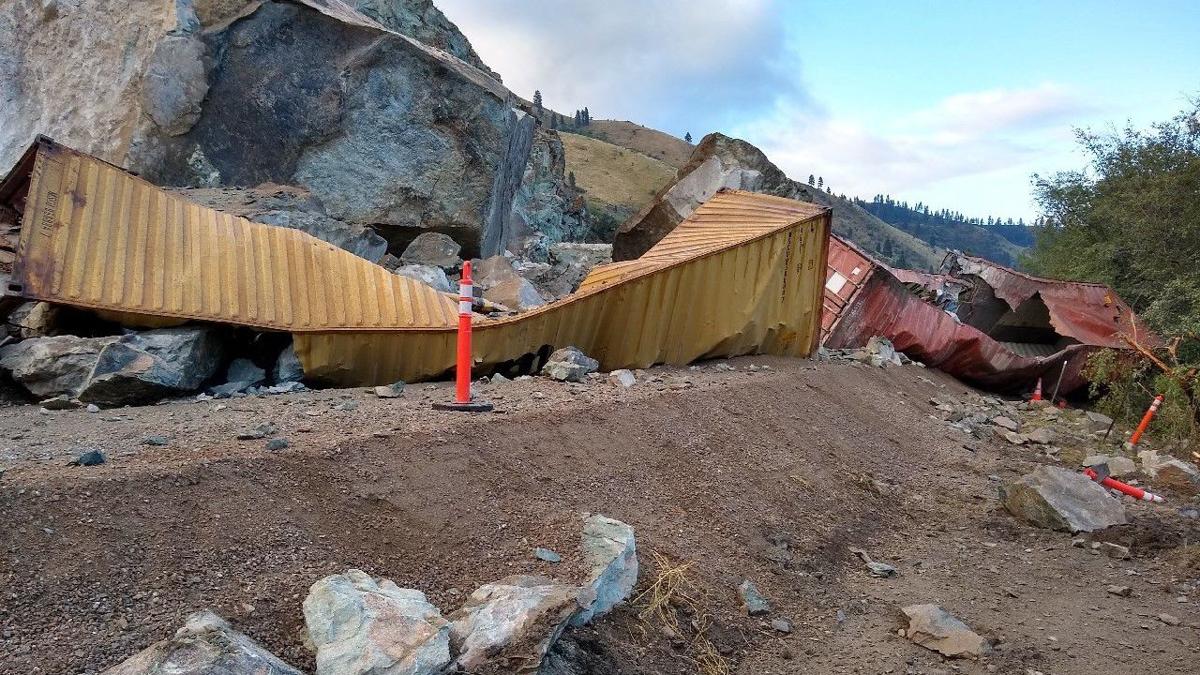 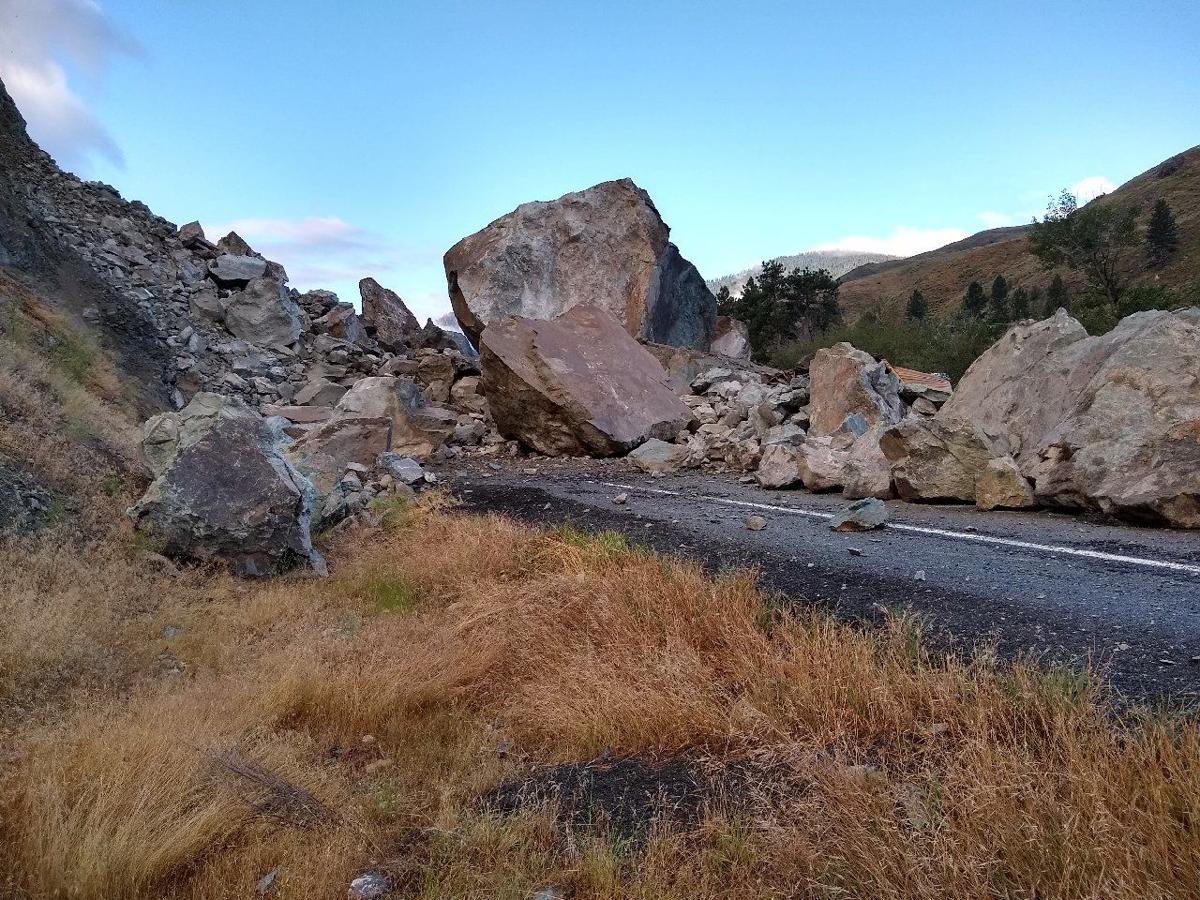 RIGGINS - According to the Idaho Transportation Department, massive boulders came down Thursday night (July 9) at the US95 slide south of Riggins near milepost 188 that will keep the road closed at least until the beginning part of next week. The slope above the route remains too unstable to allow for traffic or rock removal crews in the area.

“The highway will remain closed until we are able to evaluate this new development and determine the best option to safely stabilize the slope.” Operations Engineer Jared Hopkins said.

The department had already built a temporary gravel road to detour traffic around the base of the slide, but the continued significant movement on the slope closed it on July 8.

“The extensive rock fall that occurred last night confirmed that we had made the right decision to completely close that portion of US-95 to traffic,” Hopkins said.

Early next week, crews will again begin scaling the slope and surveying the area.

“Currently there are a lot of overhanging boulders and ledges,” stated Hopkins. “We don’t yet know how stable these are and until we are able to further evaluate the area, crews will not be able to engage in rock removal operations.”

Old Pollock Road will continue to serve as a detour around the slide during daytime hours of 6:00 am and 8:00 pm PDT (7:00 am - 9:00 pm MDT). The detour will remain closed at night in order for crews to perform maintenance operations on the roadway, which typically does not see this amount of traffic.

“It’s very important that we maintain the integrity of Old Pollock Road so that it can continue to serve as a viable option for detouring traffic during this time,” Hopkins said.

The slope and area around the slide is considered extremely hazardous. ITD is asking citizens to stay away from the area for their safety. The department is also asking drivers choosing to use the detour, to ensure that they drive attentively in order to keep traffic flowing.

“The proven unpredictability of this slide requires that we remain flexible,” Hopkins said. “While our goal is to safely reopen the highway as soon as possible, we are very thankful that no one has been injured and will focus our efforts to ensure that it remains that way.”