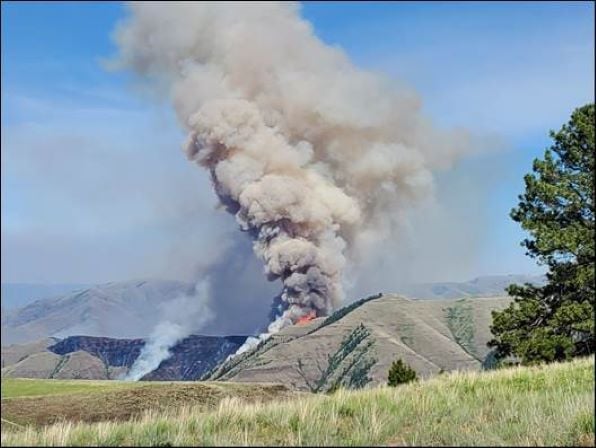 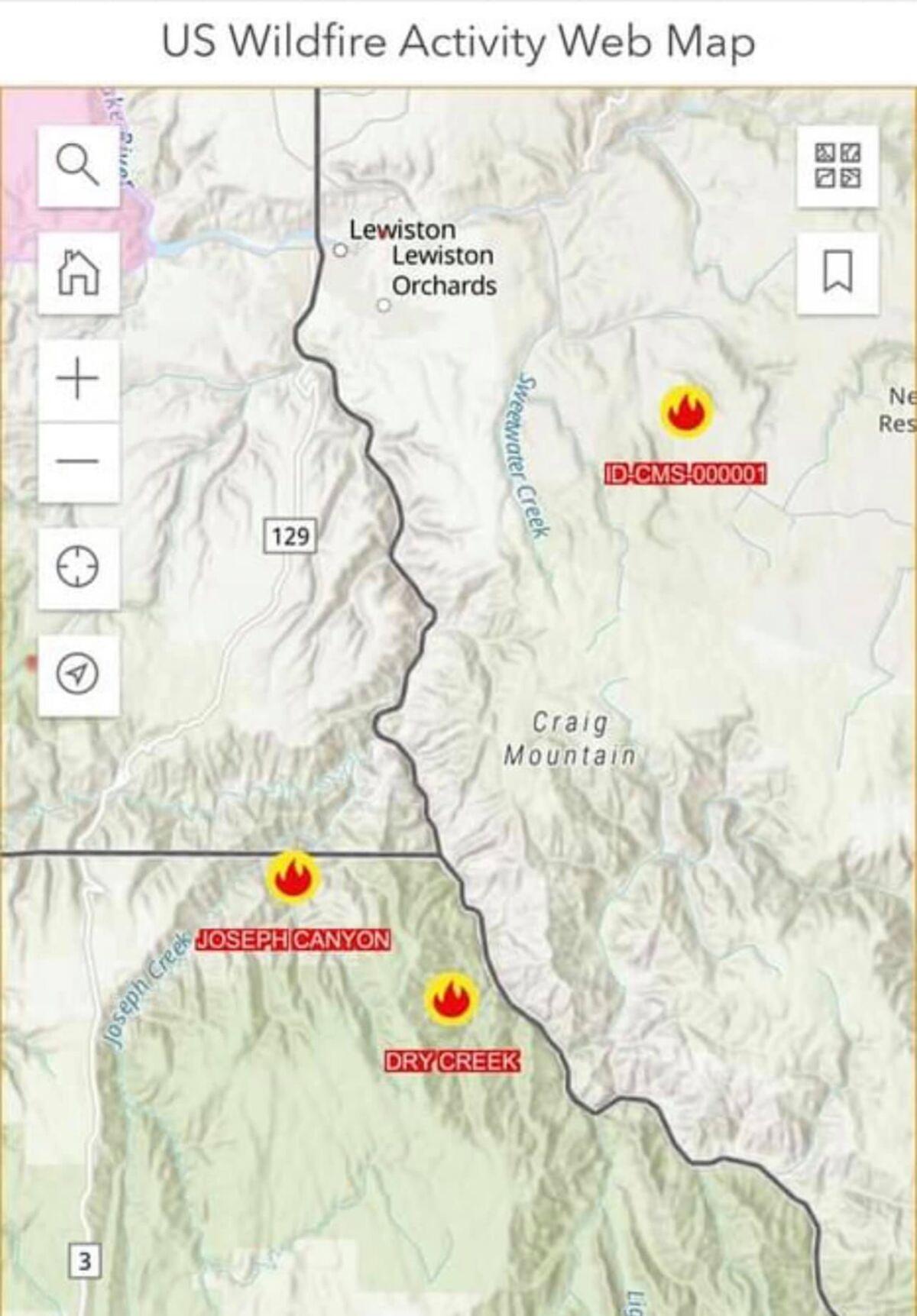 View of smoke that can be seen from the LC Valley

JOSEPH, OR - Lightning activity from thunderstorms passing through the area Thursday night and into Friday morning ignited multiple wildfires near the Washington/Oregon border as well as another southeast of Lewiston. Responding resources have successfully contained some of the ignitions, however others remain active and uncontained.

The Joseph County Fire (Photo above), initially reported on the morning of Friday, June 4 by the Washington Department of Natural Resources (DNR), is burning in steep rugged terrain in the Joseph Canyon area of northern Wallowa County, OR. Low humidity, warm temperatures and breezy winds hampered firefighting efforts Friday and the fire rapidly spready through the grassy vegetation within the canyon and cross over the state line into Washington. The fire continued to burn actively overnight into Saturday and is estimated to be approximately 2,000 acres in size.

The fire is burning on lands protected by the Oregon Department of Forestry and Bureau of Land Management. A local interagency Type 3 team will shadow firefighters today and transition management of the fire to the team around 6:00pm on Saturday.

A second fire, deemed the Dry Creek Fire, is also burning just east of the Joseph Canyon Fire. It is estimated to be 328 acres in size and is located solely on Wallowa-Whitman National Forest land.

All jurisdictions involved share common objectives in managing these fires, which is to fight the fires aggressively while maximizing the safety of the public and all fire staff involved. Due to the remote location and steep, rugged terrain, the fires are mostly being fought by air attack.

Rappelers, smoke jumpers and air tankers were brought in for initial suppression efforts. Three large airtankers dropped retardant along the perimeter of the Joseph Canyon Fire on Friday to help slow the growth. In addition to firefighter delivery, Type 2 helicopters were used to drop water on hot spots. There aerial resources will continue to support firefighters on the ground, as well as the addition of Single Engine Air Tankers. Active fire behavior is expected throughout Saturday with low humidity and increasing winds as a cold front passes through.

A third fire located southeast of Lewiston, ID has also been reported according to Nez Perce County Fire crews and the US Wildfire Activity Map. The map shows the fire to be located near Hamilton Canyon outside of the Slickpoo area. Additional details on that fire will be added to this post as soon as they become available.

Note: Fire perimeters are evolving at the time of this release