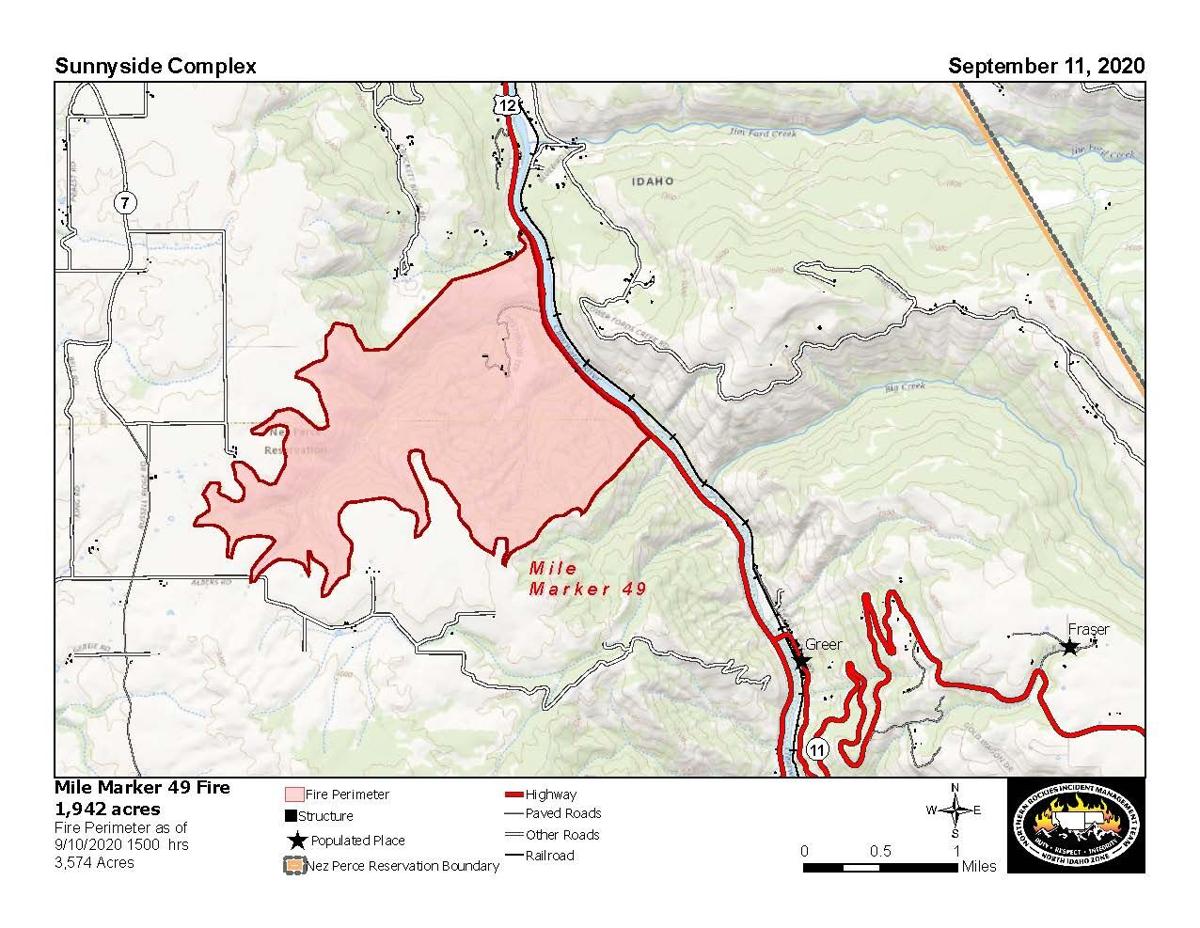 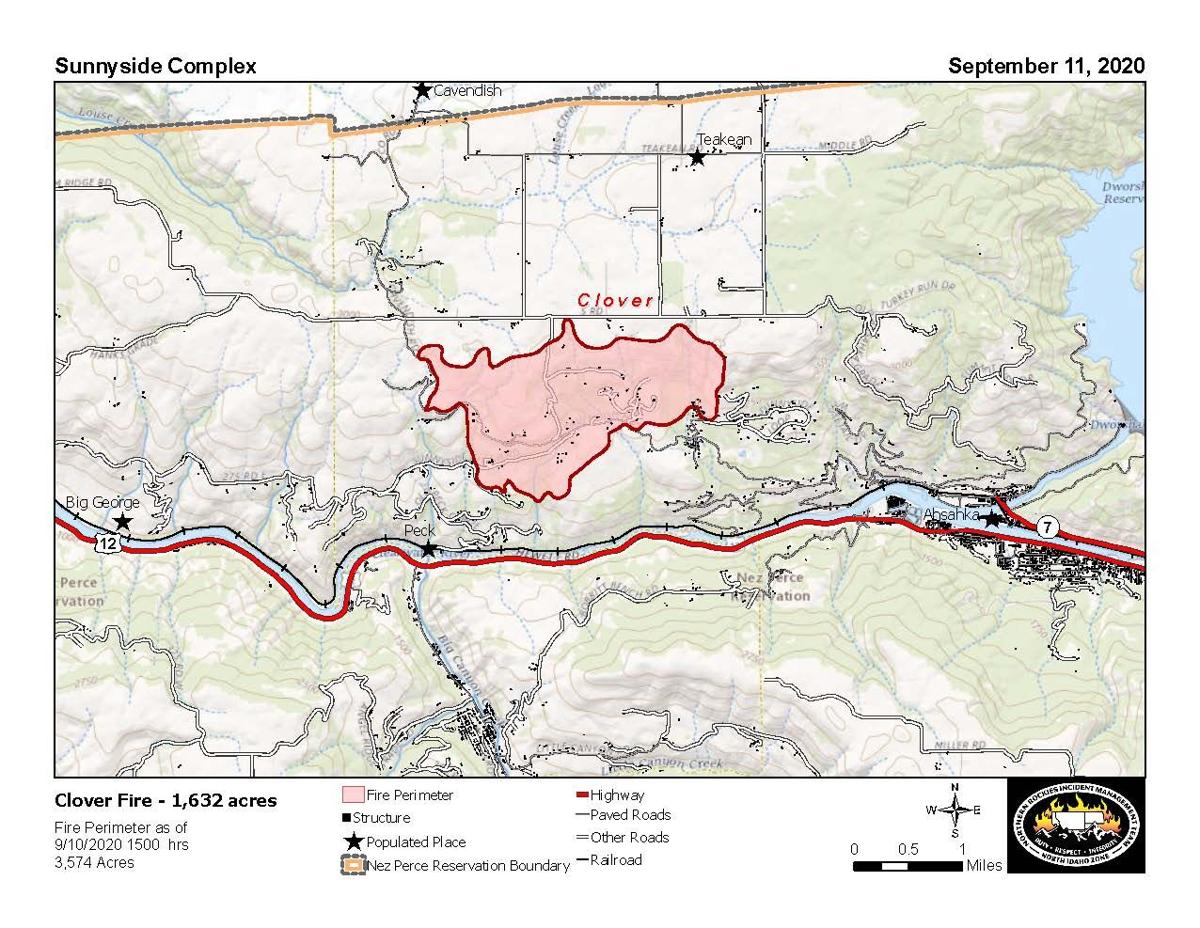 OROFINO - The Sunnyside Complex fires burning outside Orofino have now reached an estimated 3,500 acres combined after recent mapping of the area.

The Clover Fire saw no growth since the previous update, and remains at an estimated 1,632 acres and 20% containment. There has been moderate fire behavior in the interior of the burn as stump holes, duff, and heavies continue to smolder. Warming and drying trend through Saturday will cause more smokes to become visible. Firefighters are actively monitoring and mopping up these hotspots where they pose a potential threat. Fire personnel are removing hazardous burned trees in the area of power lines to make sure the area is safe for utility crews to work.

On Friday, firefighters will continue protecting power poles with fire resistant wrap along Highway 12, as well as ongoing structure protection efforts around several properties in the vicinity of the fire. Fire crews are continuing to improve dozer lines and hand lines southeast of the fire area in anticipation of a burnout operation, to help secure indirect line should weather conditions become favorable. These operations may be visible from Highway 12 and may cause temporary delays for travelers in the area.

Considerable cloudiness. Occasional rain showers after midnight. Areas of smoke and haze are possible, reducing visibility at times. Low near 60F. Winds SW at 5 to 10 mph. Chance of rain 60%.

Considerable cloudiness. Occasional rain showers after midnight. Areas of smoke and haze are possible, reducing visibility at times. Low near 60F. Winds SW at 5 to 10 mph. Chance of rain 60%.

Rain showers early with mostly cloudy conditions later in the day. Areas of smoke and haze are possible, reducing visibility at times. High 66F. Winds WSW at 5 to 10 mph. Chance of rain 40%.