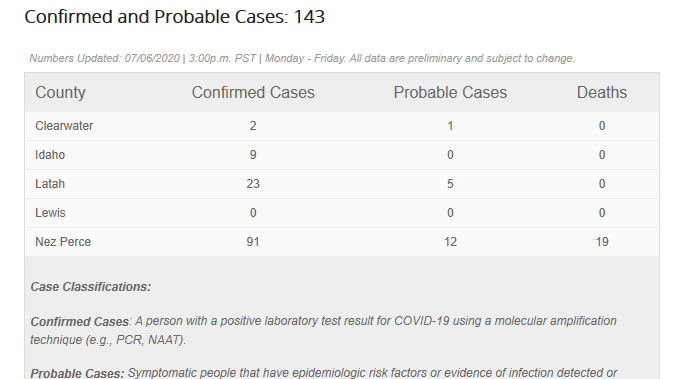 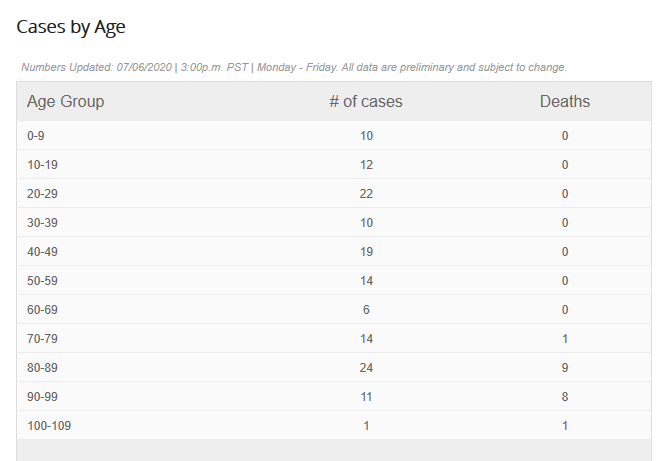 LEWISTON - According to the Idaho North Central District of Public Health, Nez Perce County added six new confirmed Coronavirus cases over the weekend, bringing the total number of confirmed cases in the county to 91.

As a whole the numbers for the North Central District which includes Clearwater, Idaho, Latah, Lewis and Nez Perce counties, went from 130 to 143 cases since Friday, July 3.

Clearwater County added one PROBABLE case to its total over the weekend, while positive cases in Idaho County nearly doubled, going from five to nine. Lewis County remains without a confirmed or probable case. Information on how many cases are recovered in the state have not been made available.