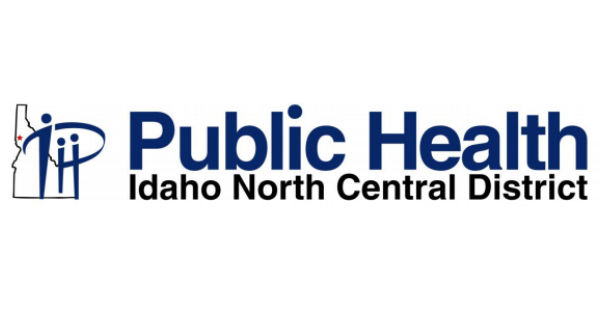 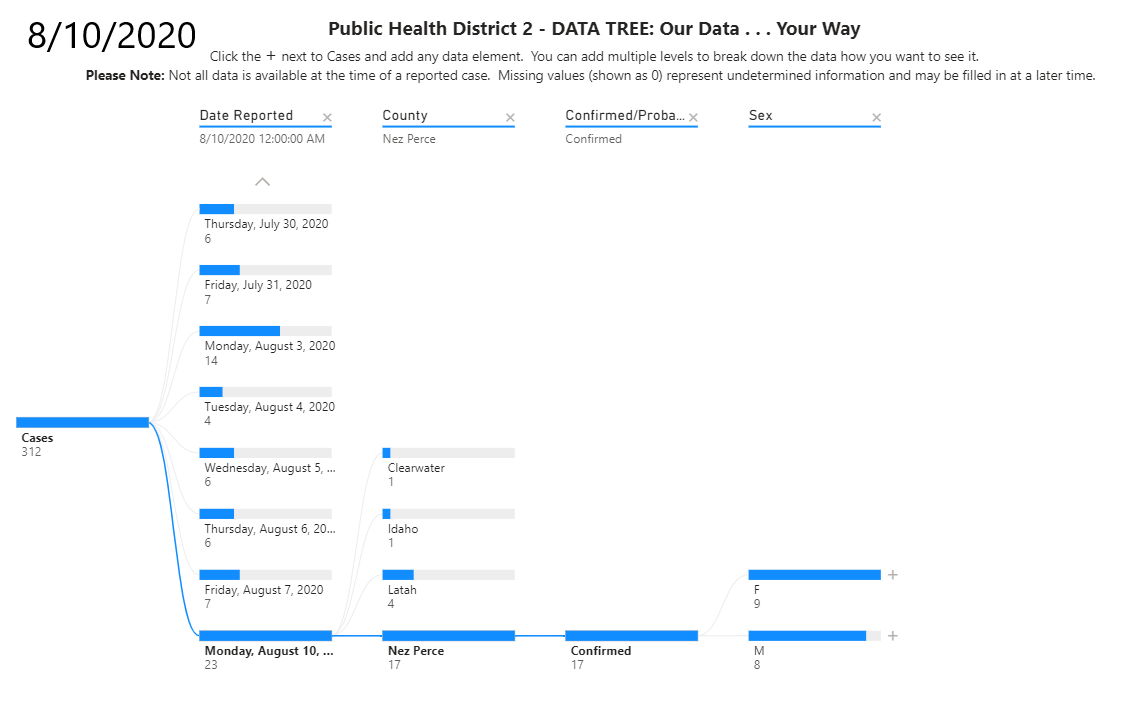 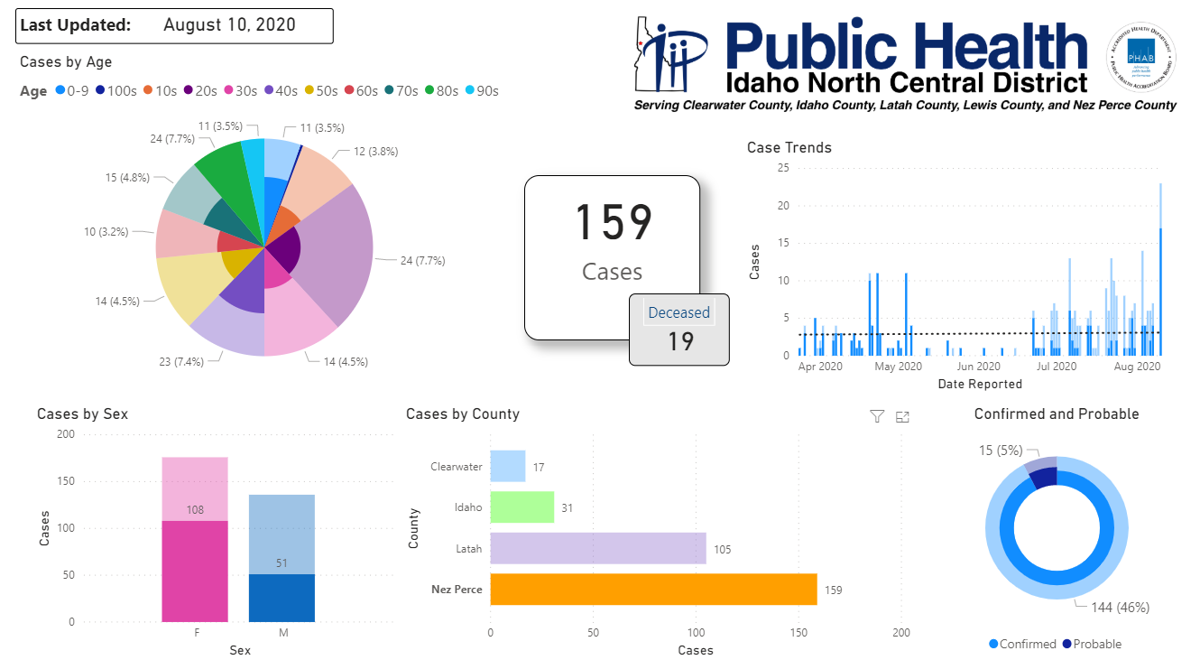 LEWISTON - The Idaho North Central District of Public Health reported 23 new confirmed cases of COVID-19 over the weekend in the Region (Clearwater, Idaho, Latah, Lewis, Nez Perce County), 17 of which were in Nez Perce County.

Cloudy skies. Areas of smoke and haze are possible, reducing visibility at times. High near 75F. Winds NW at 5 to 10 mph.

Cloudy this evening with showers after midnight. Areas of smoke and haze are possible, reducing visibility at times. Low 59F. Winds SSW at 5 to 10 mph. Chance of rain 40%.

Considerable cloudiness. A stray shower or thunderstorm is possible. High near 70F. Winds W at 5 to 10 mph.