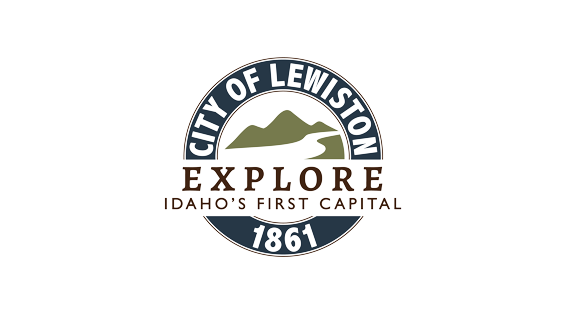 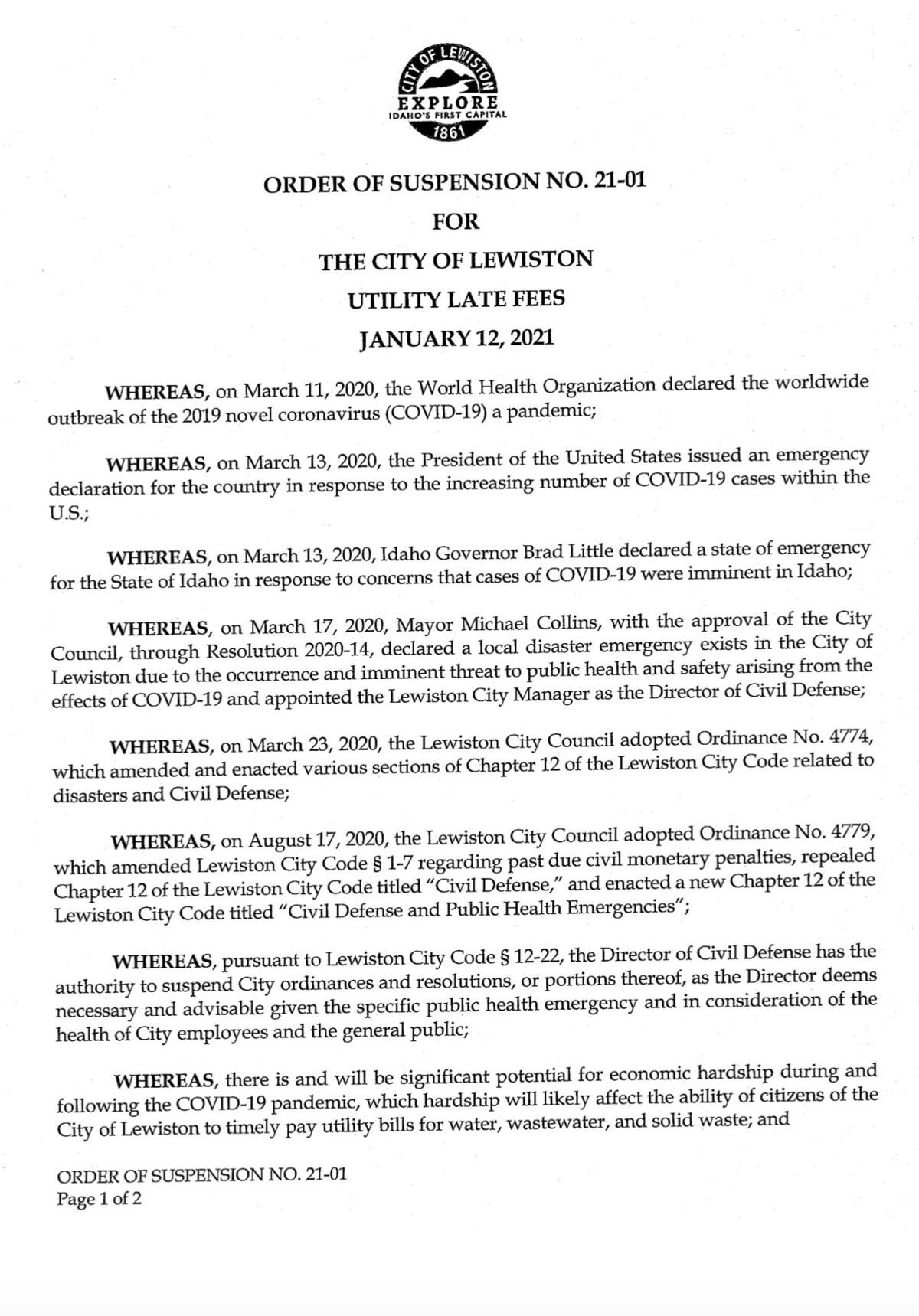 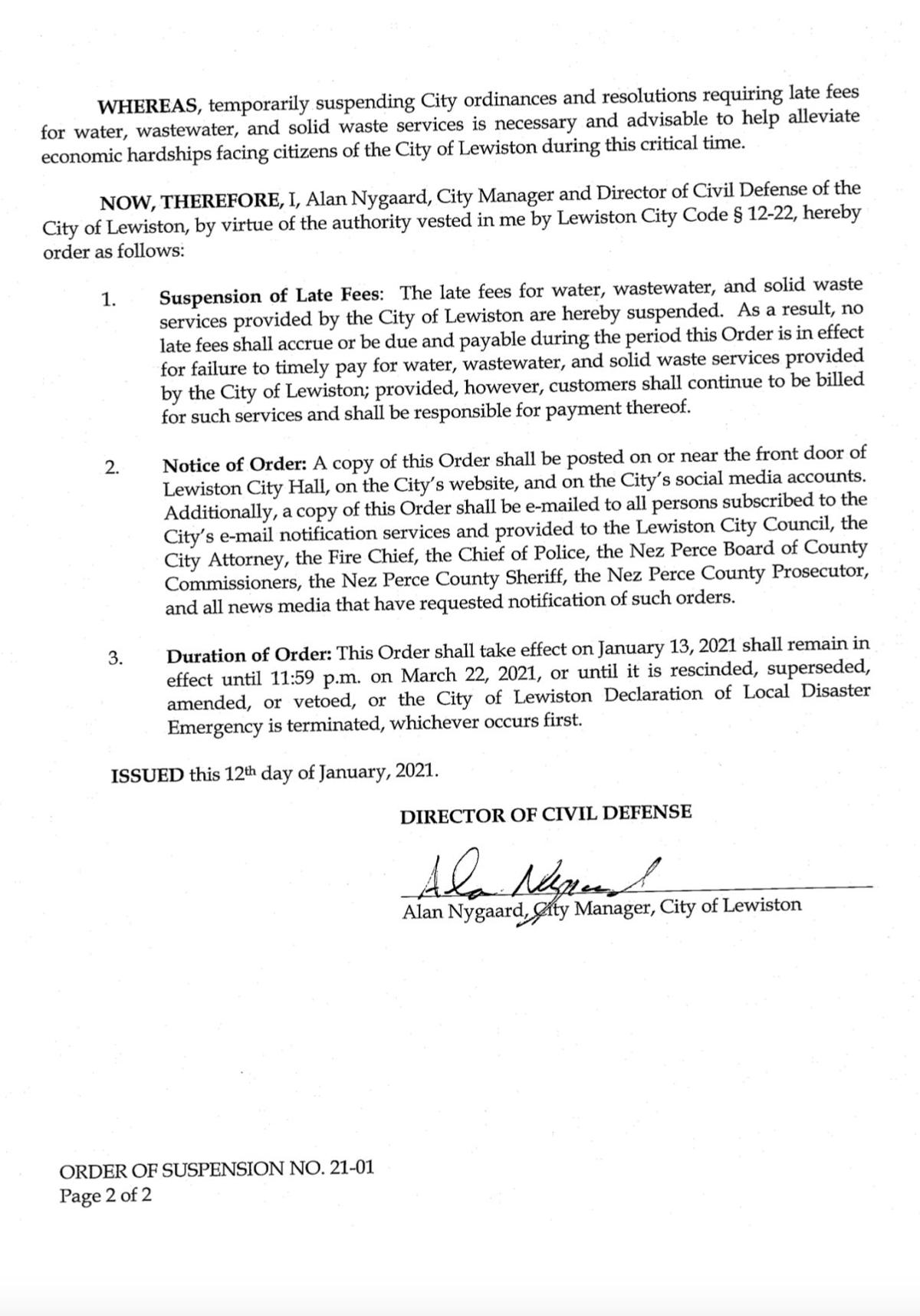 The order will be in effect through March 22, 2021, or until the order is rescinded, amended or vetoed. The order will also become terminated if the City of Lewiston Declaration of Local Disaster Emergency is canceled.

State Testing for UK Variant of COVID-19 in Idaho

A few clouds. Low around 30F. Winds light and variable.

A few clouds. Low around 30F. Winds light and variable.