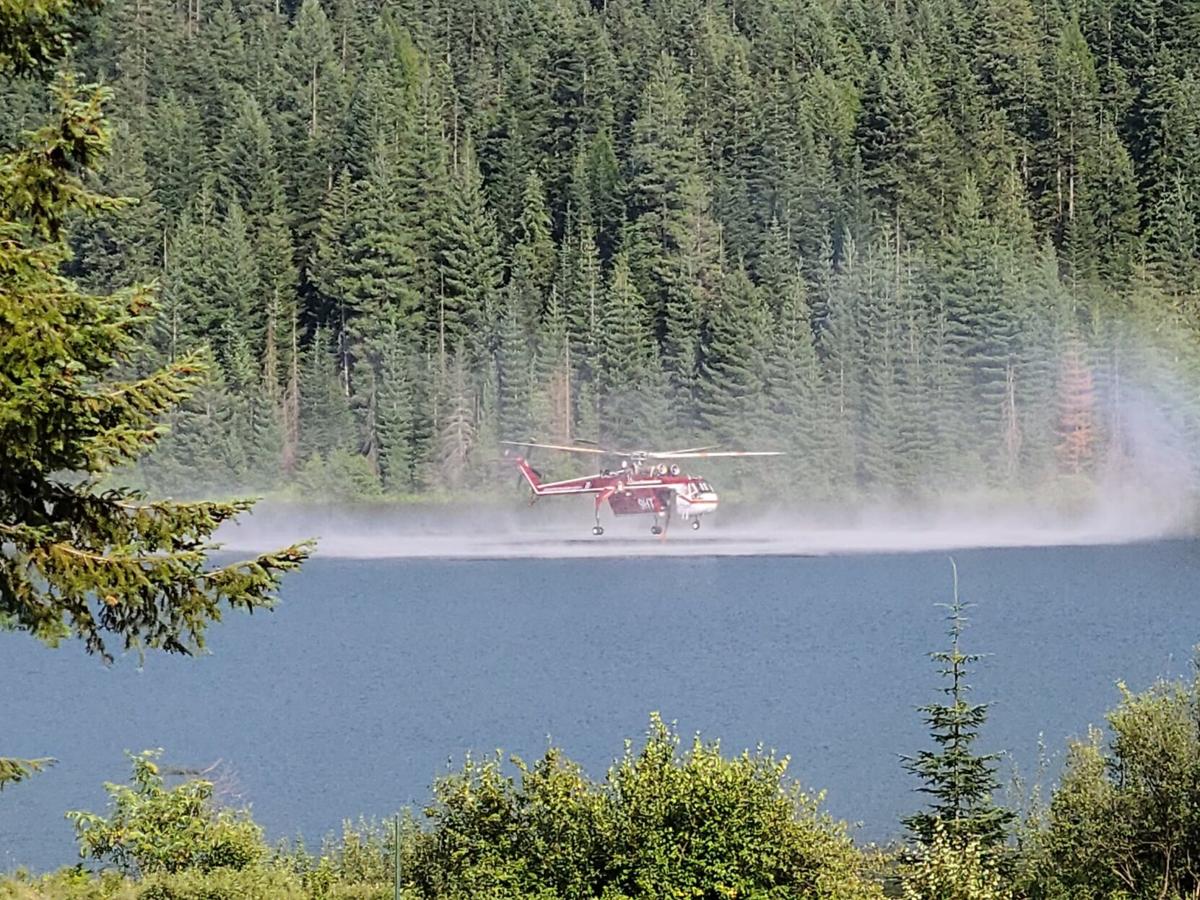 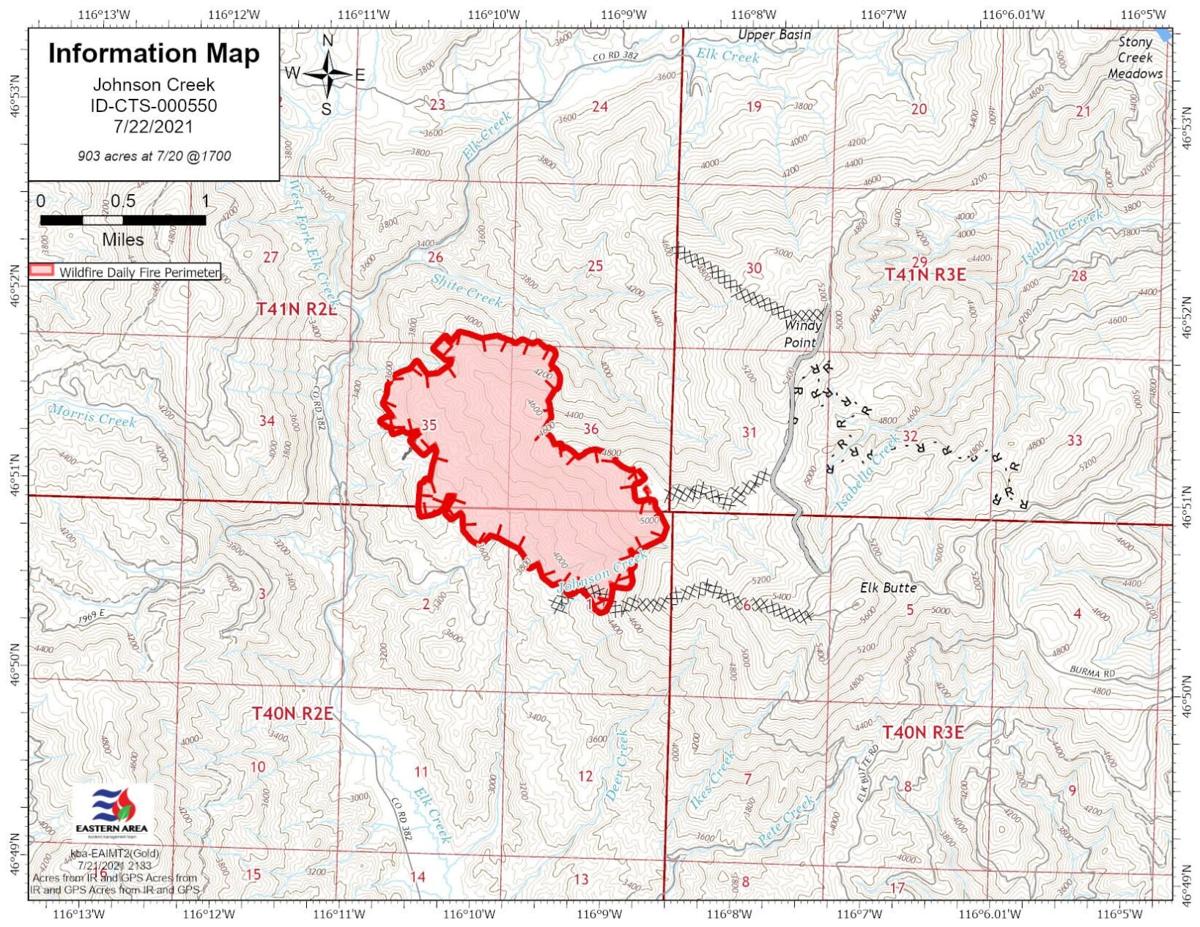 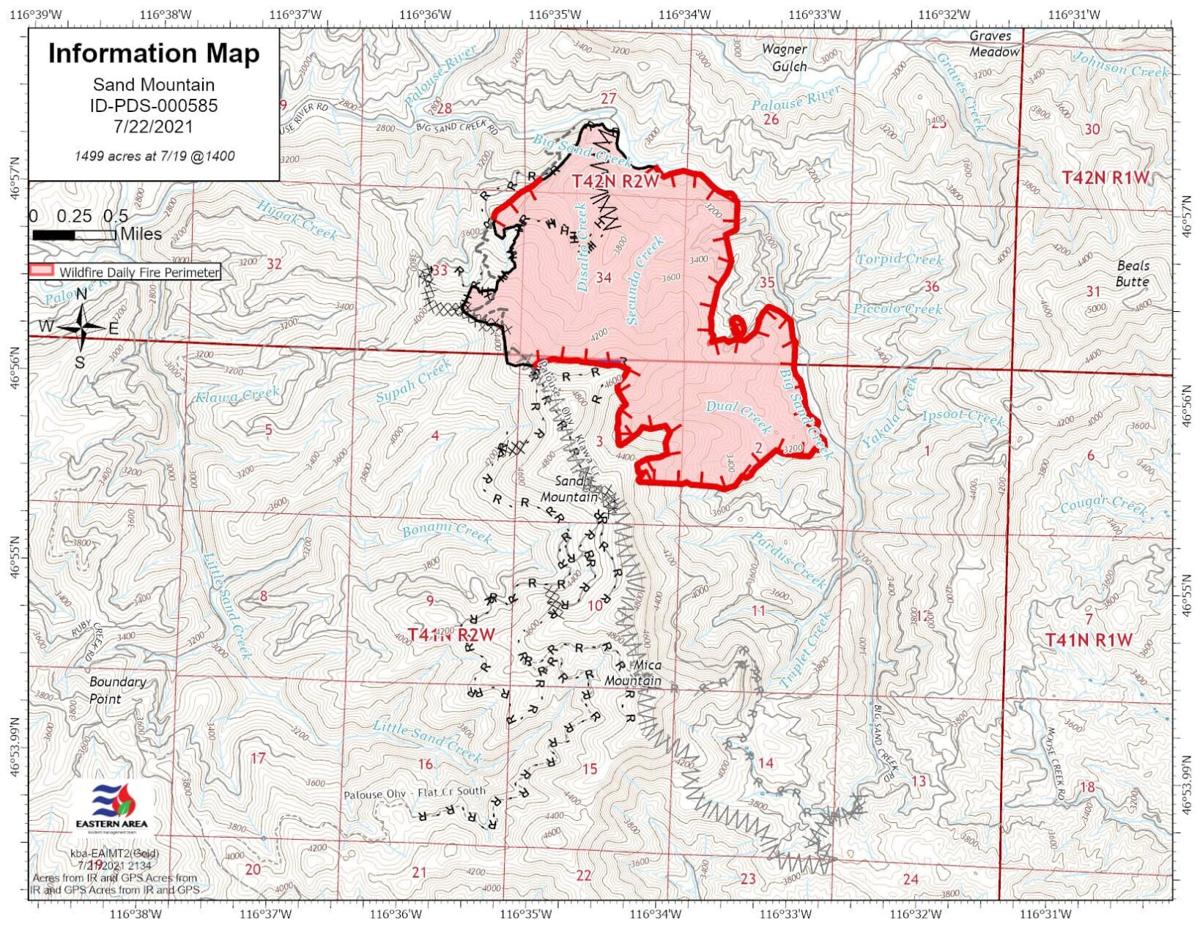 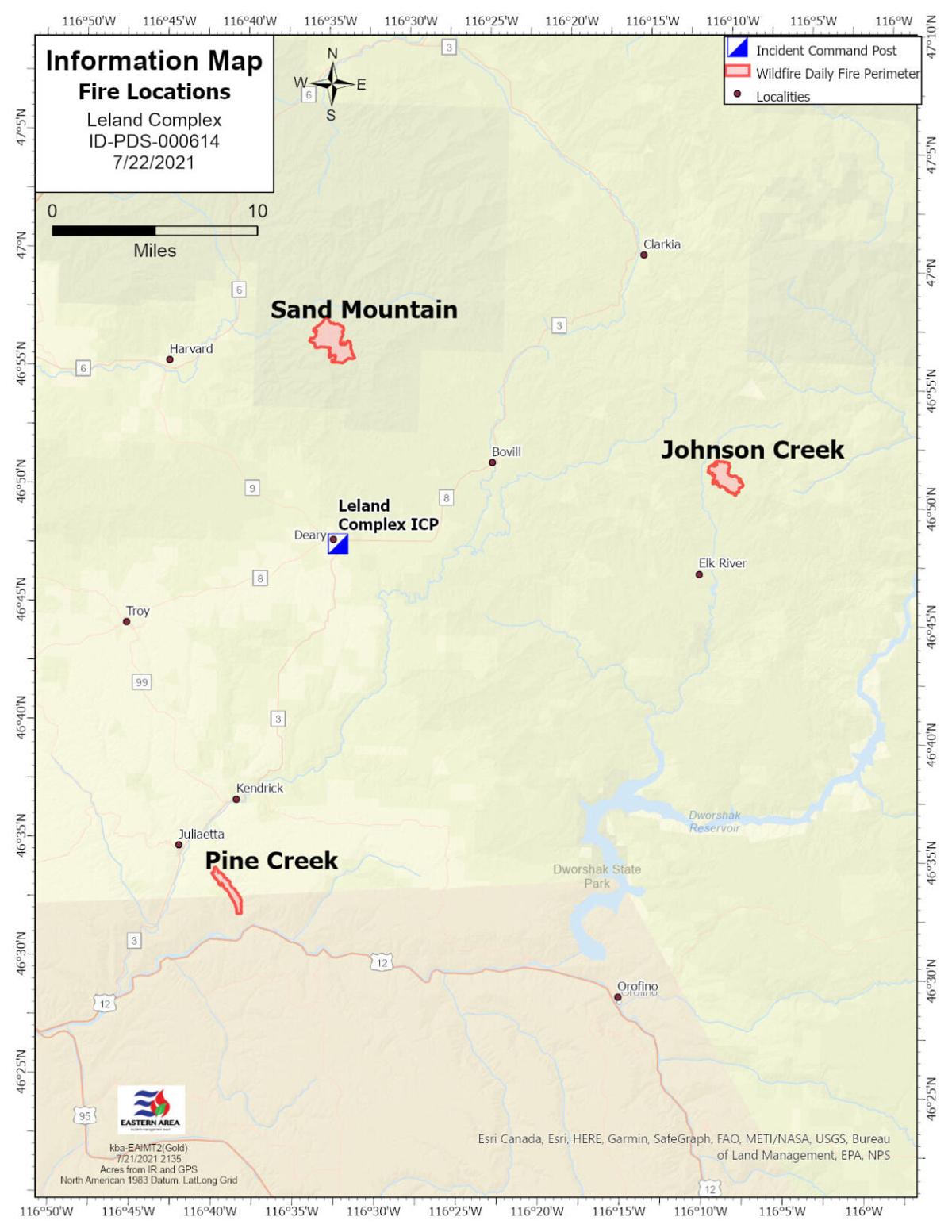 Lighter than expected winds were in the favor of fire crews working on both the Sand Mountain and Johnson Creek Fires on Wednesday, allowing for progress to be made on lengthening and strengthening fire containment lines. An infrared flight was flown over both fires that identified hotspots, and crews will work to cool down the hotspots today.

Yesterday, crews and heavy equipment made great progress on lengthening and reinforcing the containment line along the south and east sides of the fire. Great progress was also made strengthening the constructed line west from Windy Point toward Elk Creek Road, and establishing a safety zone for firefighters. These containment lines will provide safe access to conduct direct and indirect fire suppression activities. Aircraft were valuable in helping cool and slow the advancement of active fire on the east side.

Traditional weather conditions will be more favorable with light winds, and relative humidity in the low to mid 20s and temperatures ranging from 75-81 degrees.

There are Temporary Flight Restrictions (TFR) in place for air space over the fires in the Leland Complex. Remember that temporary flight restrictions also apply to unmanned aircraft systems or drones.

A mix of clouds and sun early, then becoming cloudy later in the day. Hot. High 97F. Winds NNW at 5 to 10 mph.