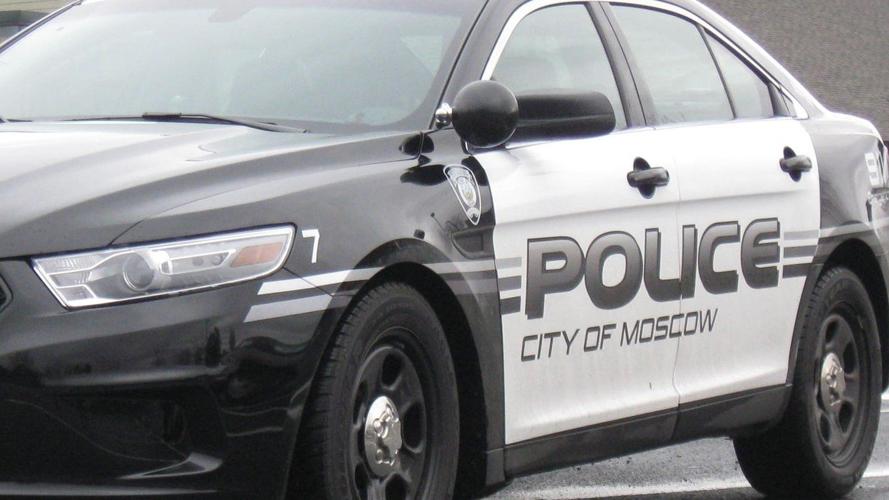 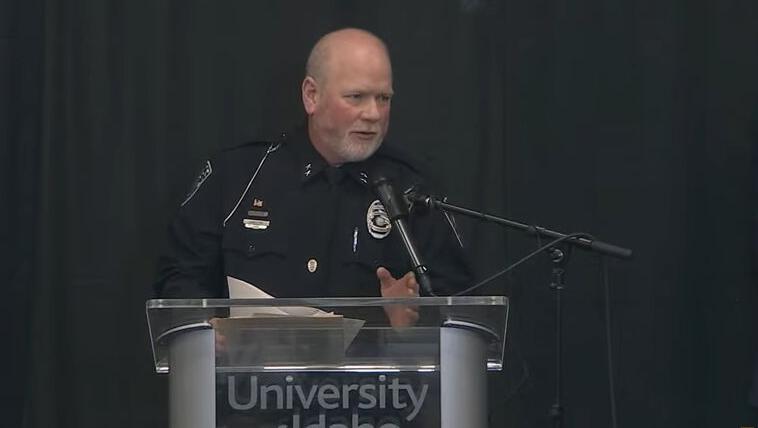 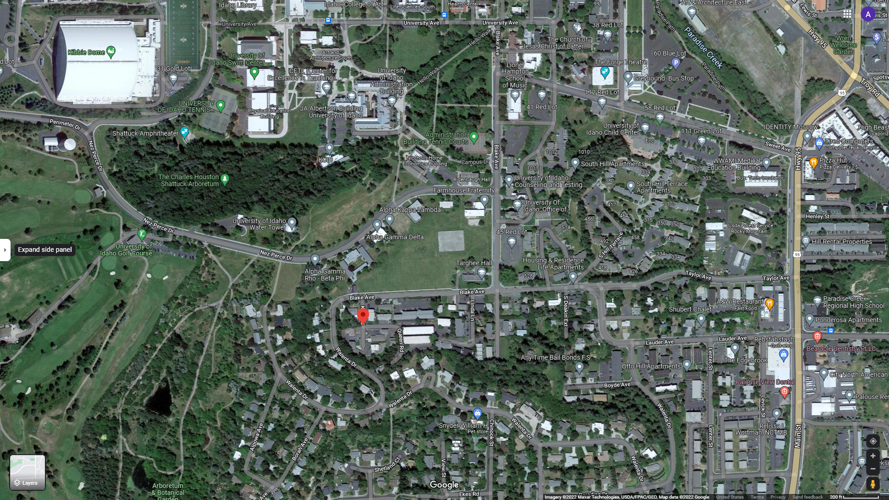 A homicide was reported on King Rd. in Moscow, indicated by the red pin near the University of Idaho campus, early afternoon on Sunday, Nov. 13. (Image courtesy of Google Maps) 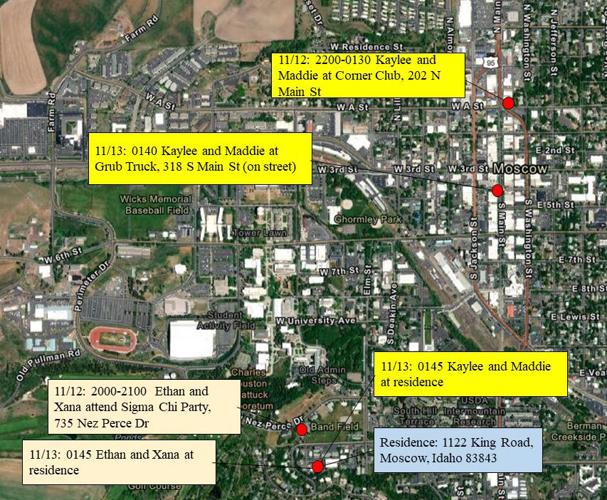 The Moscow Police Department released new details on Friday surrounding the investigation into the murder of four University of Idaho students that occurred on Sunday, November 13.

All of the known information is laid out in the below press release from the Moscow Police Department.

On the evening of Saturday, November 12, Kaylee Goncalves and Madison Mogen were at a local bar called 'The Corner Club' in downtown Moscow, between the hours of 10:00p.m. - 1:30 a.m. on November 13. Then at approximately 1:40 a.m., Kaylee and Madison were seen on video via a live Twitch stream at a local food vendor called the “Grub Truck” at 318 S. Main Street. The two then took an Uber from downtown to their residence at 1122 King Road at approximately 1:45 a.m.

Investigators have determined that Ethan Chapin and Xana Kernodle were seen at the Sigma Chi house on the University of Idaho Campus. At approximately 1:45 a.m., Ethan and Xana are believed to have returned to the residence at 1122 King Road. It was previously reported that Ethan resided at the home; however, it has been determined that he was only visiting.

The map provided below details the night of November 12 and into the early morning hours of November 13 when the murders occurred. The map shows the locations and approximate times when Kaylee Goncalves and Madison Mogen were in downtown Moscow, while Ethan Chapin and Xana Kernodle were at the Sigma Chi house.

Two other roommates were also at the residence that night, but were not injured, according to police.

Around noon on November 13, officers responded to the residence after a 911 call reported an unconscious individual. Upon arrival, officers discovered Kaylee, Madison, Xana, and Ethan deceased inside the residence.

After autopsies were conducted on November 17, the Latah County Coroner confirmed the identity of the four murdered individuals and their cause and manner of death as homicide by stabbing. The coroner stated that the four victims were likely asleep, some had defensive wounds, and each was stabbed multiple times. There was no sign of sexual assault.

At this time in the investigation, detectives do not believe the two surviving roommates or a male in the Grub Truck surveillance video are involved in this crime.

The Moscow Police Department says that online rumors of the victims being tied and gagged are not accurate.

The identity of the 911 caller has still not been released.

As part of the investigation, detectives have seized the contents of three dumpsters on King Road to locate possible evidence. Additionally, detectives have contacted local businesses to determine if a fixed-blade knife had been recently purchased. A murder weapon has not yet been located.

At the time of this release, detectives have received nearly 500 tips which are being processed, investigated, and cleared. Thirty-eight interviews have been conducted with individuals who may have information about the murders.

Currently, there are no suspects in custody.

Anyone with information about this crime is asked to call 208-883-7180 or tipline@ci.moscow.id.us.

For this investigation, the Moscow Police Department is utilizing assistance from the Idaho State Police, the Federal Bureau of Investigation, and the Latah County Sheriff’s Office.

Federal Bureau of In Investigators:

MOSCOW - On the afternoon of Wednesday, November 16, the Moscow Police Department held a press conference to provide an update on the latest developments in a quadruple homicide investigation involving four University of Idaho students who were found dead inside a residence near campus.

The story, which first broke on the afternoon of Sunday, November 13, has caught the attention of citizens and news outlets nationwide.

Prior to Wednesday's press conference, the information and messaging, or lack-there-of, being released about the investigation by the Moscow Police Department caused some uncertainty and frustration among the local community, who were demanding answers. Some of those questions were answered Wednesday, but many still remain.

According to Moscow Police Chief James Fry, as of Wednesday afternoon, no suspect has been identified in the homicides and the suspect remains at large.

Walking back previous comments made by the Moscow Police Department, Chief Fry said he could not say that there is no threat to the community.

"We can not say that there is no threat to the community, and as we have stated, please stay vigilant," said Fry.

Chief Fry went on to outline the known details of the night, stating that all four victims arrived back at the residence sometime after 1:45 a.m. The murders then occurred in the early morning hours of Sunday, November 13. The initial 911 call made to Moscow Police was not made until around noon that day.

"We don't know why that call came in at noon and not the middle of the night," said Fry.

According to Fry, all four victims were stabbed with a knife. That information was also confirmed by Latah County Coroner Cathy Mabbutt.

A murder weapon has not yet been located. There were also no signs of forced entry into the residence, according to Fry.

Based on details found at the scene, police believe this was an isolated, targeted attack on the victims.

On Sunday, November 13, officers with the Moscow Police Department responded to a residence on King Road in Moscow, ID for the report of an unconscious individual. Upon arrival, officers discovered four deceased victims.

Initially, the University of Idaho issued a Vandal Alert advising people to shelter in place, however the Moscow Police Department later said they had determined there was not an ongoing threat for community members, and that evidence indicates it was a targeted attack.

Two days after the deceased victims were found, the Moscow Police Department provided an update, saying although no weapons had been found, investigators believe an "edged weapon" such as a knife, was used.

Investigators with the Moscow Police Department, Latah County Sheriff's Office, Idaho State Police and FBI continue to follow up on all leads. Anyone with information is encouraged to call the Tip Line at (208)883-7190.

On Tuesday morning, Moscow Police said that although no weapons have been located, based on preliminary information, investigators believe that an "edged weapon" such as a knife was used. Autopsies are scheduled to be completed later this week and will hopefully provide more definitive information on the exact cause of the deaths.

On Sunday, November 13, officers with the Moscow Police Department responded to a call on King Road for an unconscious individual. Upon arrival, officers discovered four individuals who were deceased.

The four victims have been identified as University of Idaho students.

According to an updated news release from the Moscow Police, the four individuals have been identified as 20-year-old Ethan Chapin, of Conway, WA; 21-year-old Madison Mogen, of Coeur d’Alene, ID; 20-year-old Xana Kernodle, of Post Falls, ID; and 21-year-old Kaylee GonCalves, of Rathdrum, ID. All four victims were students at the University of Idaho.

According to police, details continue to be limited in this investigation. Currently, there is no suspect in custody.

Investigators are asking anyone with information related to this incident to contact the Moscow Police at 208-882-2677.

The Moscow Police does not believe there is an ongoing community risk based on information gathered during the preliminary investigation.

The Moscow Police Department is continuing the investigation and the suspect is still unknown. According to a second Vandal Alert, MPD does not believe there to be an active threat in place and the shelter in place order given by the university has been lifted. U of I advises those in the area to remain vigilant.

MOSCOW - On Sunday, November 13 at around 1:05 p.m., the University of Idaho sent out a Vandal Alert stating that the Moscow Police Department is investigating a homicide on King Road near campus.

MPD confirmed that there is not a suspect at this time. The Vandal Alert states people should avoid the area and those who can't should shelter in place.

According to Pullman Radio, police initially responded to a report of an unconscious person at a unit on King Road. The call quickly turned into a homicide investigation at the apartment just south of campus.

Moscow Police Captain Tyson Berrett told Pullman Radio the suspect is not known at this time but clarifies that the case doesn’t represent a threat to the general public. Idaho State Police has been called in to assist with the investigation.

Below are some safety tips from the U of I.

If there is an active assailant in your vicinity, you generally have three options:

• Run (evacuate): You should only run if you can safely escape.

• Hide: If you can’t run, find a safe place to hide, preferably in a locked space or behind a barricade.

• Fight: If you can’t run or hide, your only option may be to fight. Think about what you can use to neutralize the assailant.

Additional information to be aware of:

• If you see something odd or suspicious, report it immediately to the Office of Public Safety and Security or Moscow Police.

• Always trust your instincts. If you feel uneasy or sense something is wrong, do what you can to get out of that situation safely and call MPD or OPSS. You can also request a security officer escort to accompany you on campus. Call 208-885-HELP and request a “Safe Walk” when on campus.

How Living Off the Grid in Idaho Compares to Other States

Sunny, along with a few afternoon clouds. High 28F. Winds light and variable.