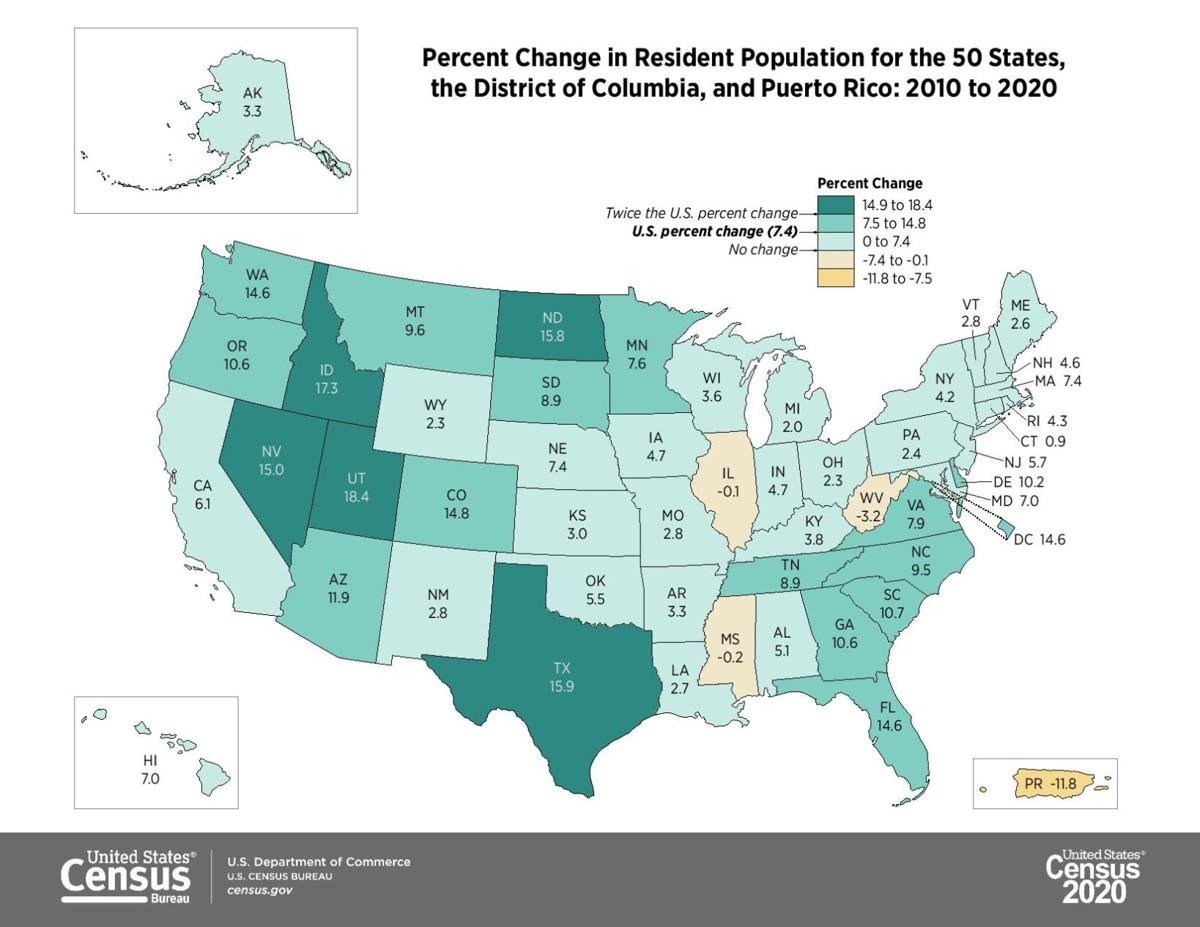 Percent Change in Resident Population for the 50 States, the District of Columbia, and Puerto Rico: 2010 to 2020 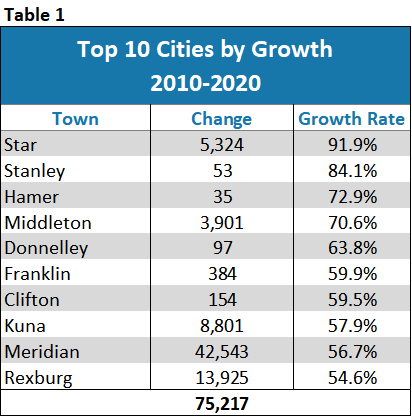 BOISE - According to 2020 Census data, Idaho’s population grew 17.3% in the 10 years since the 2010 Census, which was the second-fastest rate nationally, to Utah’s first-place growth of 18.5%. During the decade, the gem state netted 271,524 new residents through natural increases and in-migration internationally and from other U.S. states. After Utah and Idaho, the top five states for growth included Texas, North Dakota and Nevada.

The top 10 Idaho communities with the highest growth rates had a combined increase of 75,000 people and contributed about 28% to the state’s overall growth. Meridian grew by 56.7% or a significant 42,543 residents, making national headlines as it ranked fourth in growth among cities in the entire U.S. with populations more than 50,000.

Sixty of the 70 communities that lost population had fewer than 1,000 residents. The other 10 communities had populations above 1,000 ‒ six from northern Idaho and north central Idaho, two from southwestern Idaho, and one each from south central and southeastern Idaho.