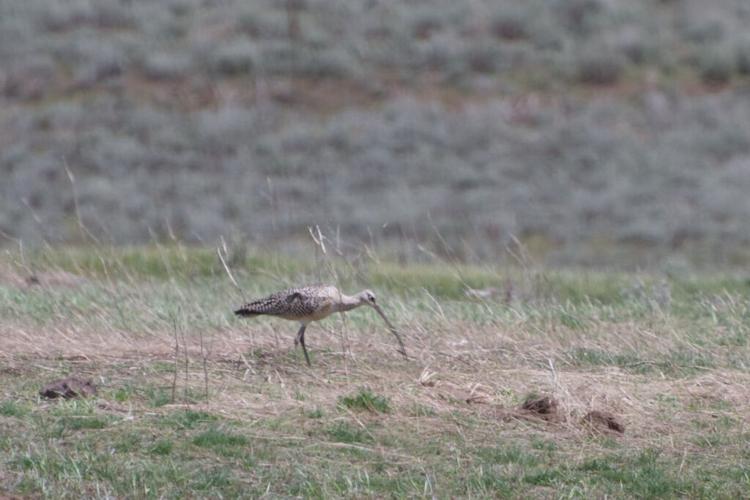 Curlew in grass on the Sand Creek field trip May 2011 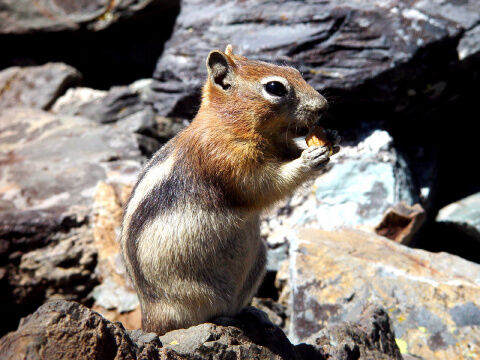 BOISE - Temperatures are starting to climb and the days are long, and that’s good news for recreational shooters looking to get out of city limits to shoot guns. Summer is a popular season for recreational shooters across the state, but it’s also a critical time of year for some nongame bird species that are commonly found in popular shooting areas.

While the majority of hunters and recreational shooters follow the law, Fish and Game law enforcement officials remind shooters they are likely to encounter protected nongame wildlife, and there’s a heavy price to pay for pulling the trigger on a protected species.

Two men recently pleaded guilty to unlawfully taking a golden eagle (a protected bird of prey) at the Morley Nelson Snake River Birds of Prey National Conservation Area. Both men were sentenced to two years of probation, as well as a two-year hunting and firearm possession ban. Each had to pay a restitution upwards of $3,000.

It’s a shooter’s responsibility to know the law, and a good rule of thumb is to shoot targets instead of wildlife unless you know exactly what you’re shooting at and you’re doing it legally.

“The illegal shooting of protected nongame wildlife such as owls, hawks, eagles and other birds such as long-billed curlews is a persistent and prevalent problem in Idaho,” said Deniz Aygen, Fish and Game’s Watchable Wildlife Biologist. “Long-billed curlews and many species of raptors are identified by Fish and Game as species of greatest conservation need, and sadly, substantial poaching occurs in areas that were established to aid in their conservation, but are also heavily used by recreational shooters.”

Nearly all the nongame bird species found in Idaho are protected and therefore illegal to shoot. There are a few nonnative species that can be taken year-round with a valid hunting license, including European starlings, Eurasian-collared doves, house sparrows and rock pigeons.

If you can’t tell the difference between an unprotected and protected species of ground squirrel, or any other wildlife, you shouldn’t be targeting them.

Check out Fish and Game’s Ground Squirrel webpage for a full list of both protected and unprotected ground squirrel species before you go out.

People can help preserve Idaho’s hunting and fishing heritage by reporting poaching. Make the call if something doesn’t seem right. Contact Citizens Against Poaching at 1-800-632-5999.

A Thousand Protest Overturn of Roe V. Wade in Saturday March in Boise

A clear sky. Low near 60F. Winds light and variable.

A clear sky. Low near 60F. Winds light and variable.