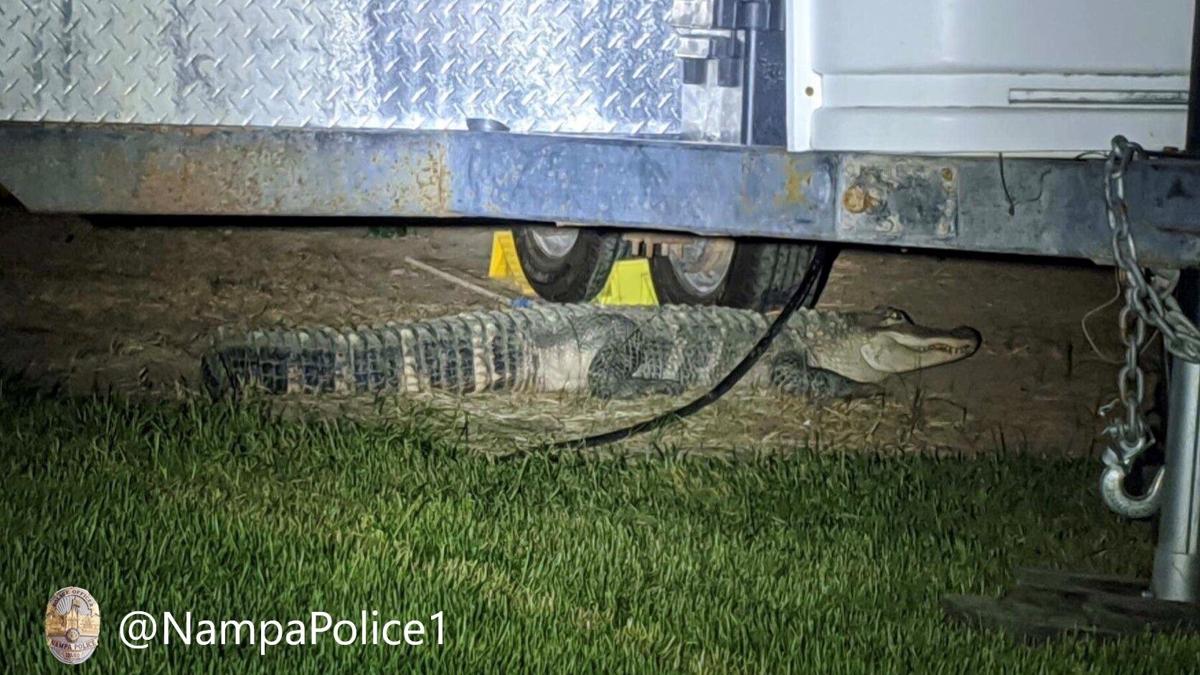 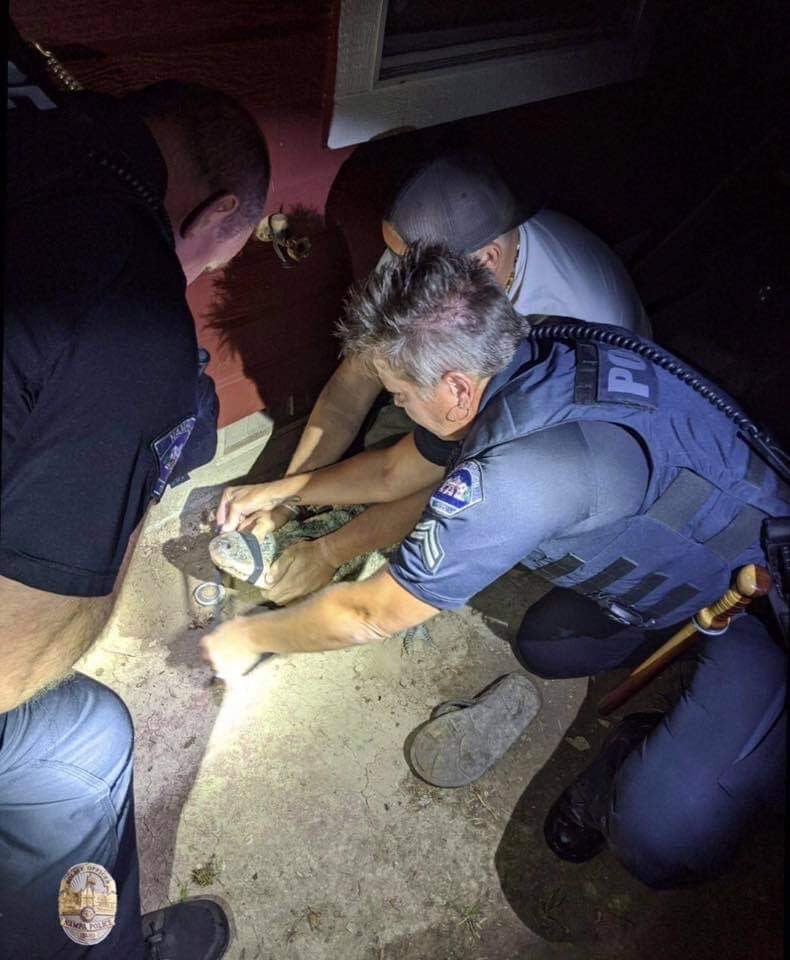 At about 11:30 p.m. on Tuesday, August 4, officers from the Nampa PD were dispatched to a home on Thomas Mill Drive after someone called to report an alligator under a trailer on their property.

While the report might have initially seemed farfetched to responding officers, when they arrived, there was a 6-foot male alligator waiting for them. After receiving a request for assistance, Fish and Game conservation officer Brian Marek arrived on scene to help. Coincidentally, one of the Nampa officers that responded was his wife, Cpl. Tonna Marek, which made for a one-of-a-kind date night.

“This was one of a few calls we’ve responded together on,” Brian Marek said. “It’s definitely one we’re going to remember.”

Equally surprising, Marek said it’s the third alligator-related call he’s been on in Idaho — the others were illegal pets — although this was the first call of its kind for his wife.

“This was the biggest of the three I’ve dealt with,” he added. “And she did more work than I did on this one.”

Channeling their inner-Steve Irwin, officials captured the alligator and returned to its owner, Tyler Messina, who arrived on scene to take possession of the animal that night. Messina owns and operates the Idaho Reptile Zoo, which is permitted with Fish and Game as a commercial wildlife facility and is located less than a half mile away from where the gator was found.

Justus said that in Idaho, the public generally cannot legally own alligators. However, Fish and Game does issue permits for large commercial wildlife facilities, which can import alligators on a case-by-case basis with Fish and Game approval. In addition to Messina, there are two other large commercial wildlife facilities permitted in the Treasure Valley.

Cloudy with occasional showers overnight. Areas of smoke and haze are possible, reducing visibility at times. Low 59F. Winds WSW at 5 to 10 mph. Chance of rain 40%.

Cloudy skies early will become partly cloudy later in the day. A stray shower or thunderstorm is possible. High around 70F. Winds W at 5 to 10 mph.