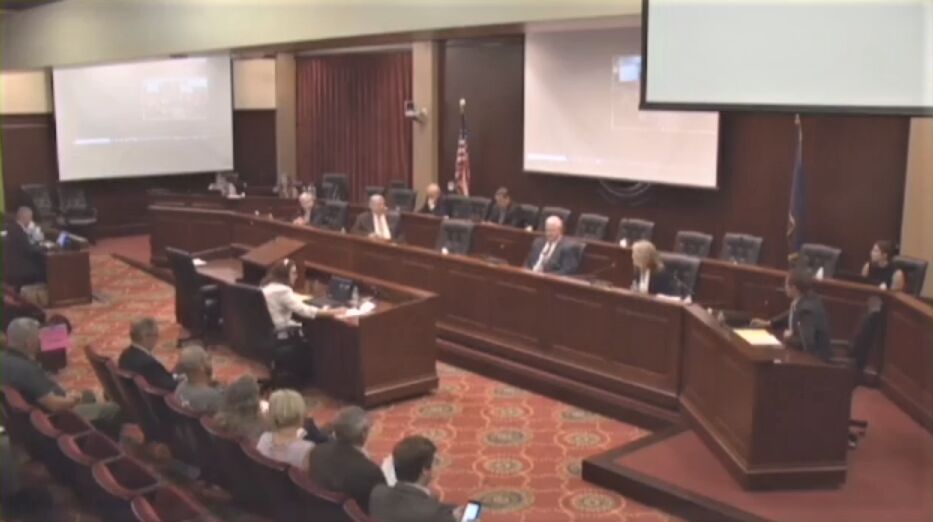 “We had investment gains of slightly north of $700 million,” investment manager Chris Anton told the state Land Board on Tuesday. “This surpasses our previous record of 24.6%, which took place in fiscal year 2011 as financial markets recovered from the great financial crisis.”

That strong financial performance was complemented, he said, by the state endowment’s earnings on its lands in fiscal year 2021; timber revenue was up about 20%. As a result, Anton said when the Endowment Fund Investment Board makes its recommendations to the Land Board in August for the next annual dividends to endowment beneficiaries, the largest of which is the state’s K-12 public schools, there’ll be an increase.

“I currently anticipate an increase from about $88 million in the current fiscal year, 2022, to around $100 million in fiscal 2023,” Anton told the board, which is chaired by Gov. Brad Little and comprises the state’s top elected officials.

“It’s exciting to see the fund surpass $3 billion for the first time during the fiscal year,” Anton said.

Given financial outlooks, including potentially rising interest rates, he said, “I’m not sure in my career if we’ll see another year of 29.7%, so we’ll enjoy it while we can.”

State schools Superintendent Sherri Ybarra, a member of the Land Board, told Anton, “Just thank you, Chris, to you and your team and on behalf of the beneficiaries, specifically public school kids, thank you!”

In addition to public schools, the beneficiaries of the state endowment include universities, state veterans homes, state hospitals for the mentally ill, the Idaho School for the Deaf & Blind, state prisons, and the state Capitol Commission.

The endowment was created at statehood through a land grant from Congress; the state Land Board, which also includes the Attorney General, Secretary of State and state Controller, is charged by the Idaho Constitution with managing the endowment for the maximum long-term financial returns to the beneficiaries. The endowment includes both the permanent investment fund and land holdings including timber and grazing land along with other properties.

In 1968, Idaho voters approved a constitutional amendment to create the Endowment Fund Investment Board to manage the permanent fund created by earnings from or sales of state endowment lands; at that time, the fund totaled $77 million. In 1998, Idaho voters approved a constitutional amendment allowing the endowment fund to be invested in stocks, rather than just in fixed-income investments. That change, implemented in 2000, initially caused the fund to shrink substantially, but since then its total has soared.

Betsy Z. Russell is the Boise bureau chief and state capitol reporter for the Idaho Press and Adams Publishing Group. Follow her on Twitter at @BetsyZRussell.

This article originally ran on idahopress.com.