The letter calls into question the ongoing lack of clarity surrounding the board’s focus, as well as the associated First Amendment issues.

“Our nation’s solution to discord is not to terminate debate, but rather facilitate it,” Wasden writes. “The citizens of the State of Idaho ask you to cease all activity related to the formation of this unclear, intrusive, and likely unconstitutional extension of the Federal Government.”

The letter reinforces America’s long history of allowing citizens to speak freely and question decisions of their government without having their speech be considered “disfavored” by the federal government. Wasden also extolls Idaho’s history of pushing back on such federal overreach and surveillance of its own citizens.

In addition to Mayorkas, the letter was also sent to members of Idaho’s congressional delegation as well as leaders in the state legislature.

The full letter is attached to this story. 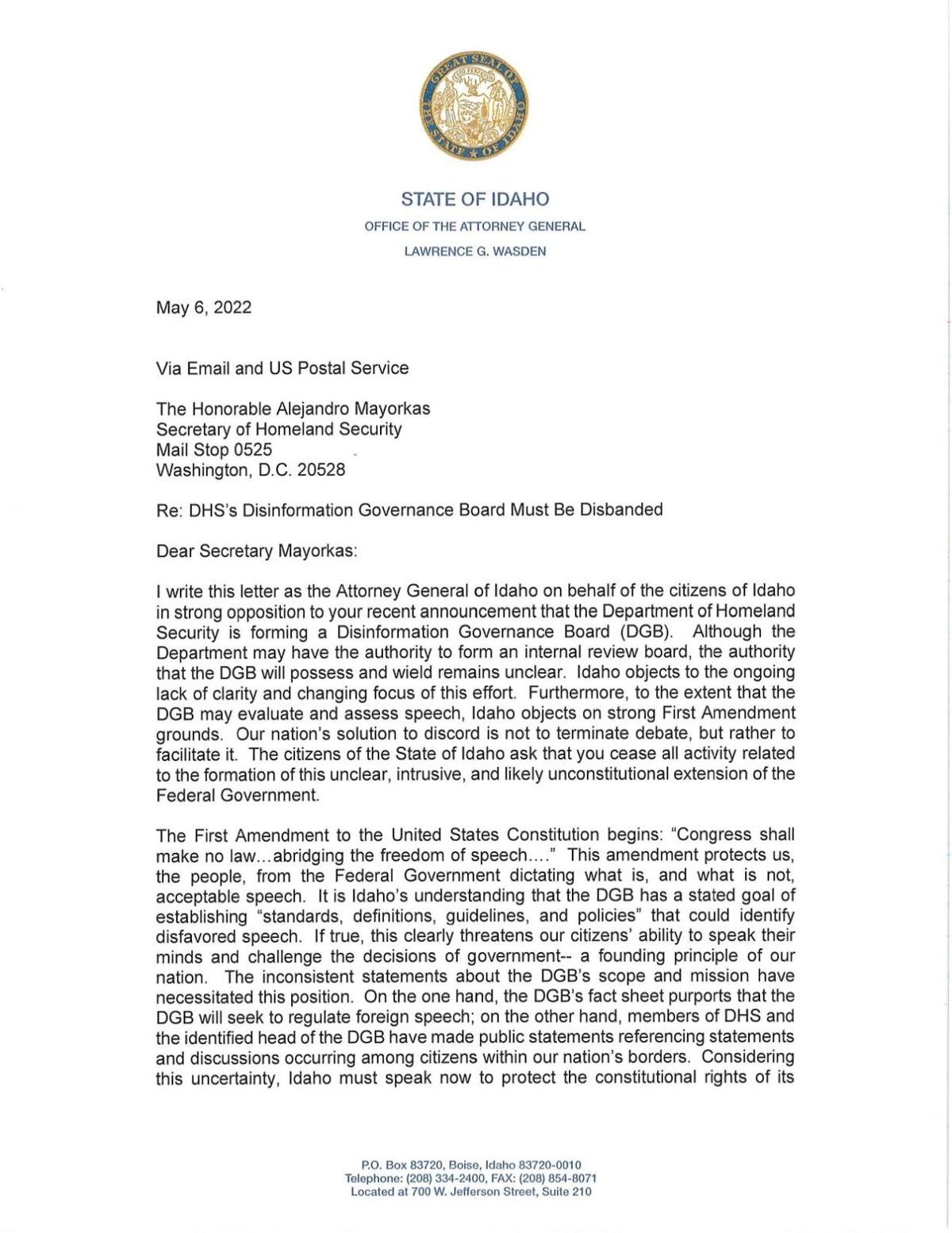