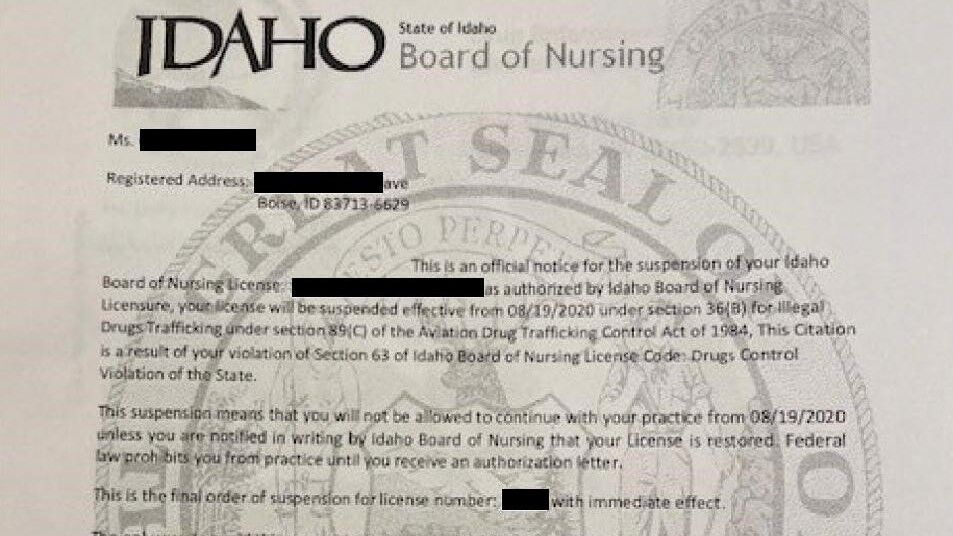 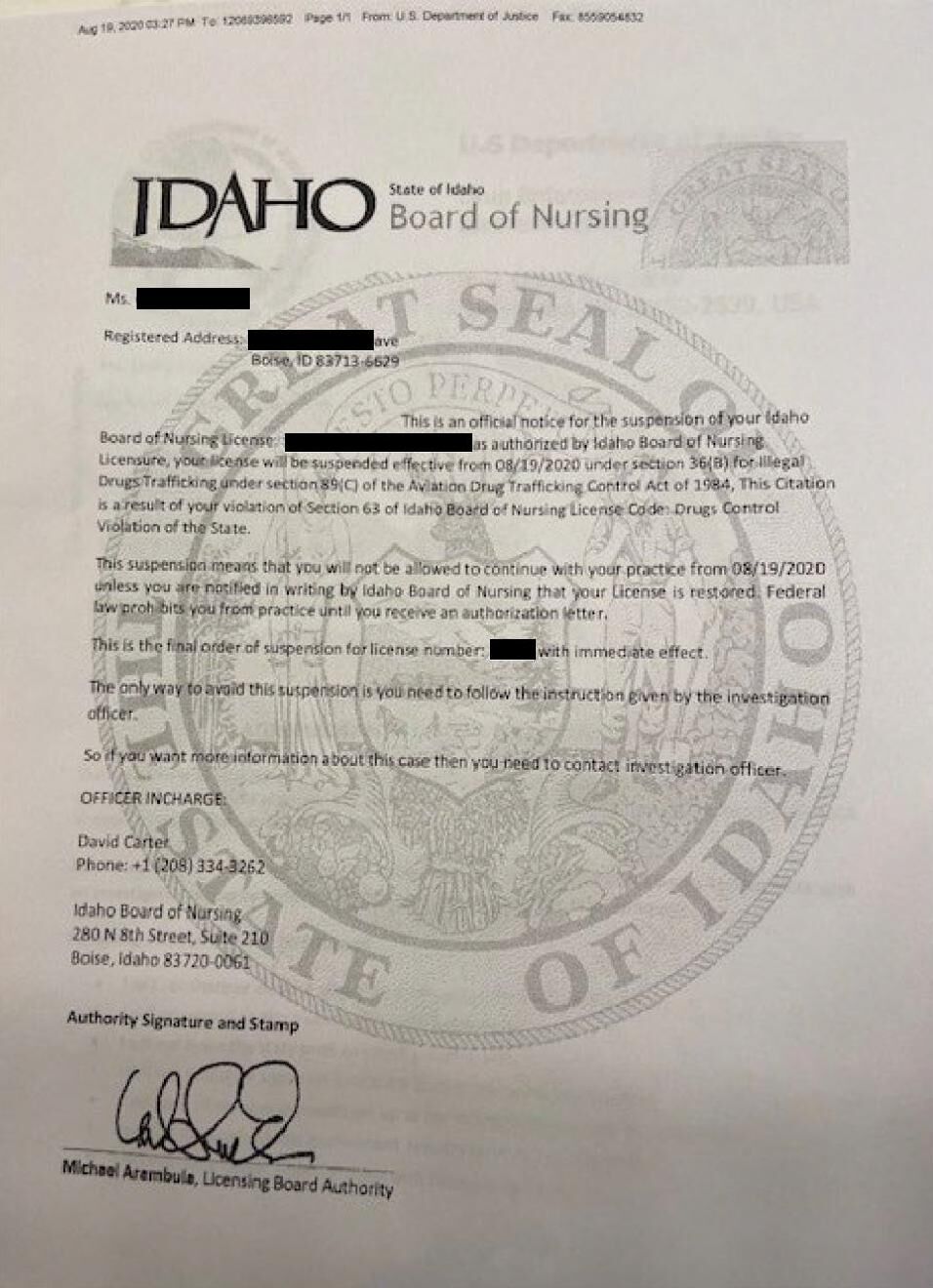 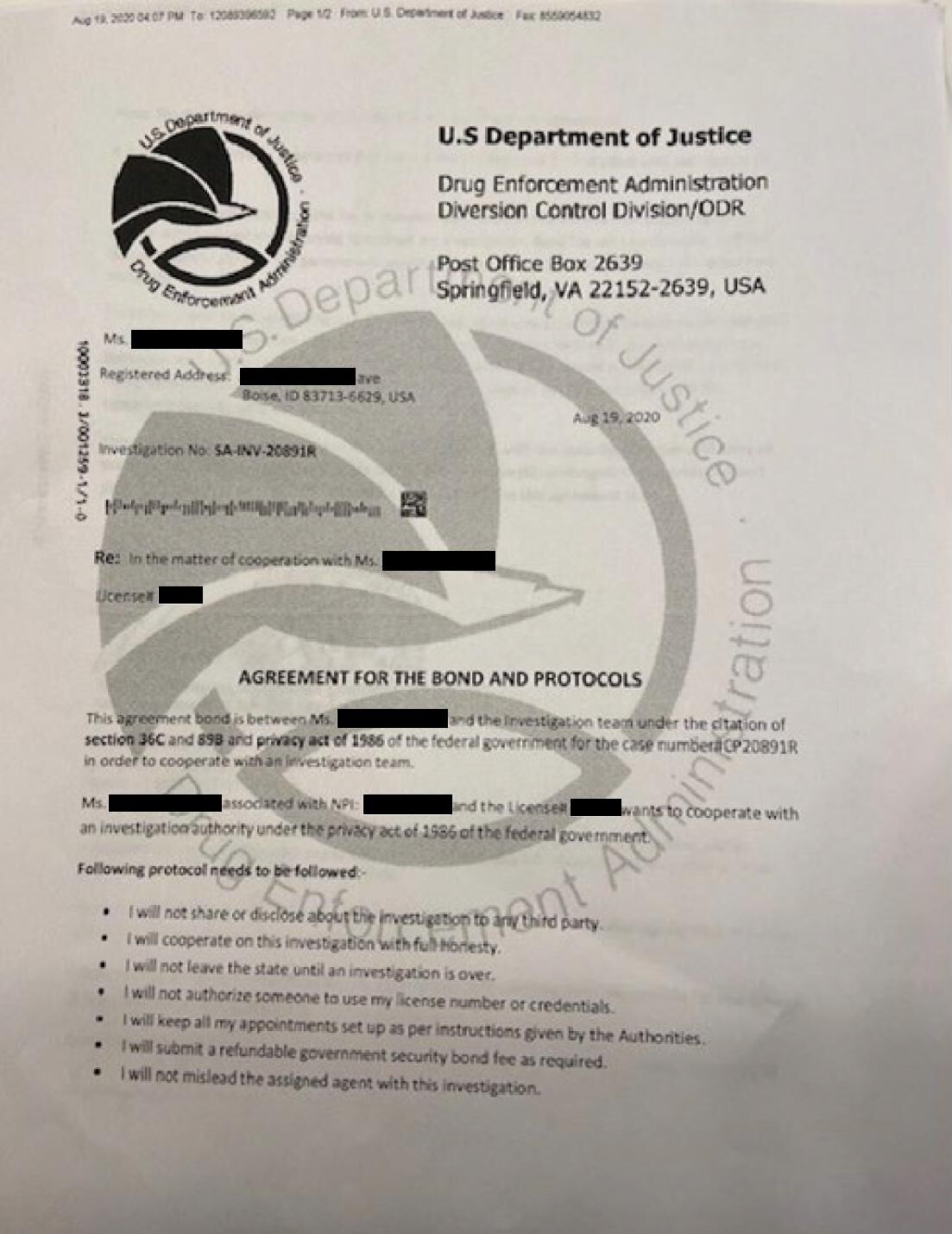 BOISE - Idaho Attorney General Lawrence Wasden and the Idaho Board of Nursing are alerting Idahoans of a scam that is reportedly targeting licensed nurses. The scam can target nurses either by phone or through the mail.

An Idaho nurse recently alerted the board after she received a phone call from a man who falsely identified himself as being from the Idaho Board of Nursing. Also on the call was another man who purported to be with the FBI. The men told the nurse that her license was being suspended indefinitely pending an investigation into her activities. However, the men told her, she could keep her license active with a $17,500 surety bond, which she could reclaim at the conclusion of their investigation. The men then faxed the nurse a form to help generate the payment.

The phone call appeared to come from 208-334-3110, a number formerly used in Idaho government. However, the men left an 804 area code number as their call back number. The 804 area code covers parts of central and eastern Virginia.

Idaho nurses are also reportedly being contacted by mail. In these instances, nurses receive fake but official looking documents. They appear to be sent by the state nursing board as well as the U.S. Department of Justice. The phony state letter indicates the nurse is under investigation for allegedly trafficking illegal drugs, and that she will not be allowed to continue practicing past a certain date. Finally, the letter states that the nurse should contact the officer in charge of the investigation and lists an Idaho phone number. The letters were mailed to the nurse’s home address and both reference the nurse’s actual state license number.

“These scams are very targeted in that they’re focused on Idaho nurses at a time of heightened anxiety in the medical profession,” Wasden said. “I find it particularly concerning that these scammers have included address and licensing information specific to their targets. While this information is public record, when used in this manner it makes the communication seem all that more official.”

Wasden and the Idaho Board of Nursing urge nurses to call the board if there’s any question as to the status of their state license.

It’s not clear how many of Idaho’s roughly 30,000 licensed nurses have been contacted by the scammers or if any have lost money as a result of the scam. Wasden also points out that while nurses are the focus at this time, it’s possible that scammers target other professionals licensed by the state.

A mix of clouds and sun early, then becoming cloudy later in the day. Expect widespread areas of smoke and haze, reducing visibility at times. High 74F. Winds N at 5 to 10 mph.

Cloudy with occasional rain showers. Areas of smoke and haze are possible, reducing visibility at times. Low 59F. Winds SSW at 5 to 10 mph. Chance of rain 50%.

Cloudy skies early will become partly cloudy later in the day. A stray shower or thunderstorm is possible. High near 70F. Winds WSW at 5 to 10 mph.