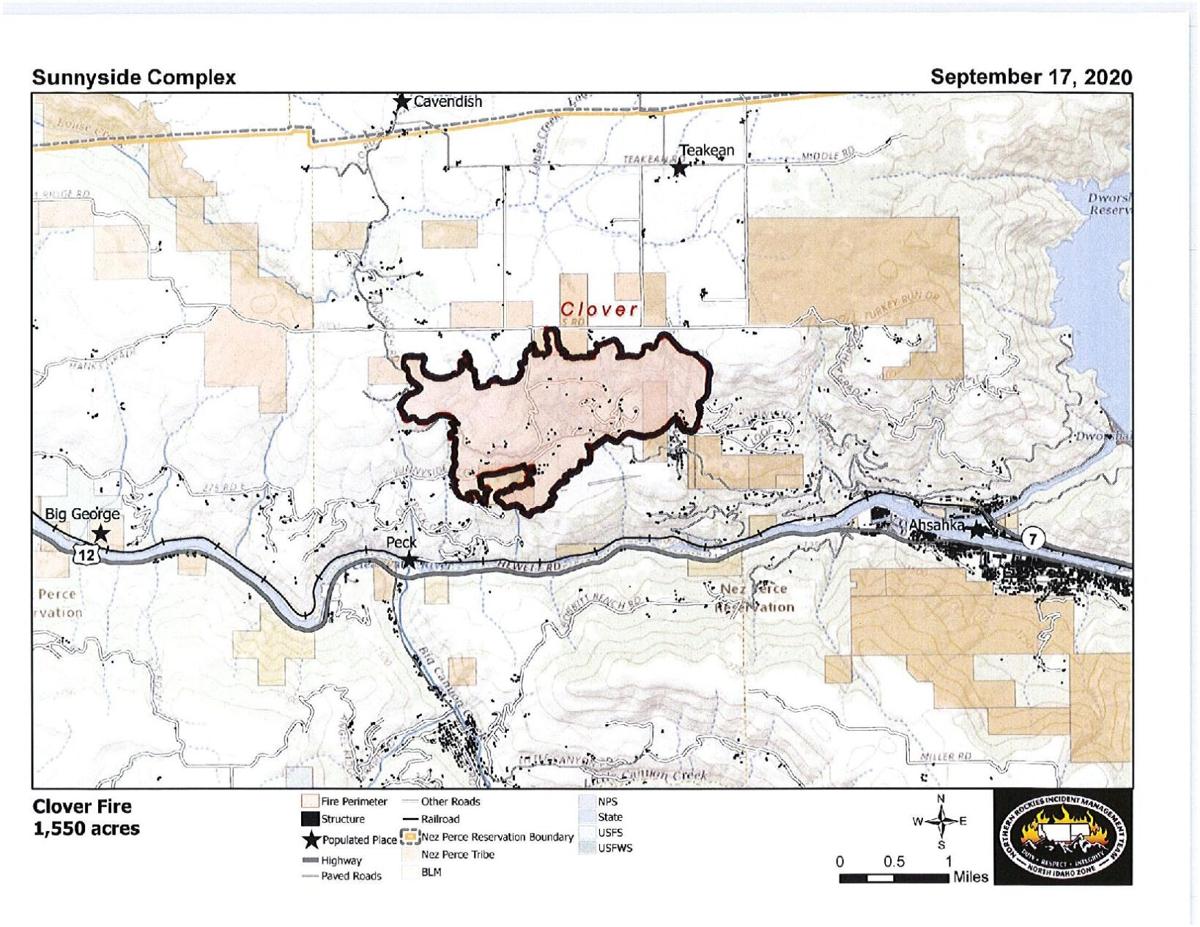 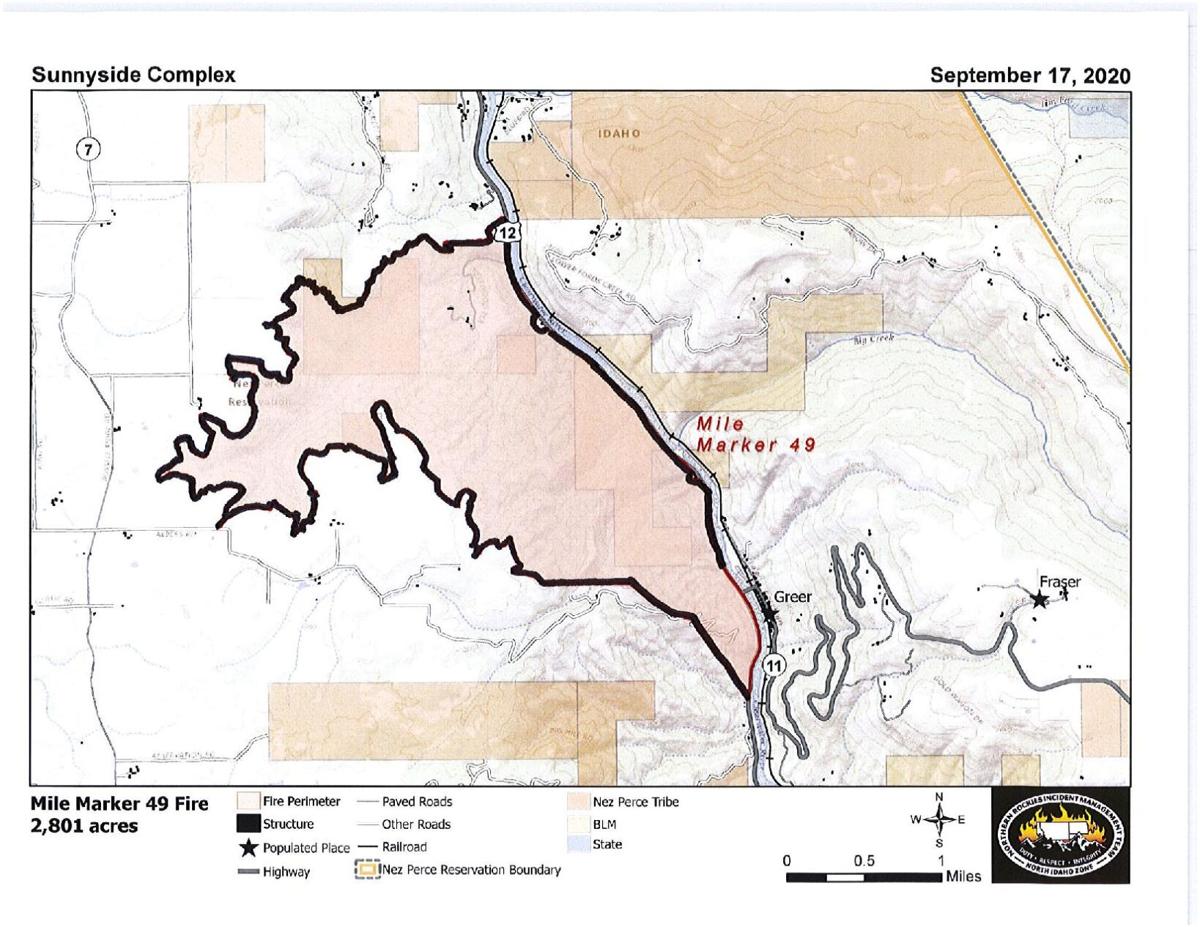 OROFINO - There was no new reported fire growth Wednesday as fire crews continue to gain ground on the containment of the Sunnyside Complex Fires. The Clover Fire is still estimated at 95% contained, while the MM49 Fire is now estimated to be 85% contained. Travel patterns on Highway 12 returned to normal at 8:00pm on Wednesday, September 16. Pilot cars are no longer operating and both lanes are open to traffic.

There has been no change in the Clover Fire since the previous update. The fire is estimated at 1,550 acres and approximately 95% contained. Although the fire is nearly contained and the remaining line is quite secure, some interior smoke caused by smoldering stump holes and large logs could continue for some time (especially during periods of warm/dry weather). Crews will continue to patrol the fire area in the upcoming days.

Fire crews continue to make progress on the containment of the MM49 Fire, as acreage remains at an estimated 2,801 acres and is approximately 85% contained. Fire crews continue mopping up the fire’s eastern and southern perimeter, as well as providing point protection around private structures and power poles where necessary (primarily adjacent to the Highway 12 corridor).

Fire managers expect that some pockets of unburned fuels within the fire perimeter may continue to smolder for weeks; however most of the fuels adjacent to containment lines are sufficiently reduced to ensure that fire growth is extremely unlikely. Due to the fire activity, rocks, trees, and debris continue to roll down onto Highway 12, and those traveling on that route should exercise caution.

There are currently no road restrictions on Highway 12 adjacent to the Sunnyside Complex fires. Temporary Flight Restrictions (TFR) have been rescinded from the Clover fire; however, a TFR is still in effect around the MM49 fire. Those restrictions also apply to unmanned aircraft systems (drones). No evacuation orders are currently in place.

Mostly cloudy skies early, then partly cloudy in the afternoon. High 57F. SE winds shifting to WSW at 10 to 15 mph.