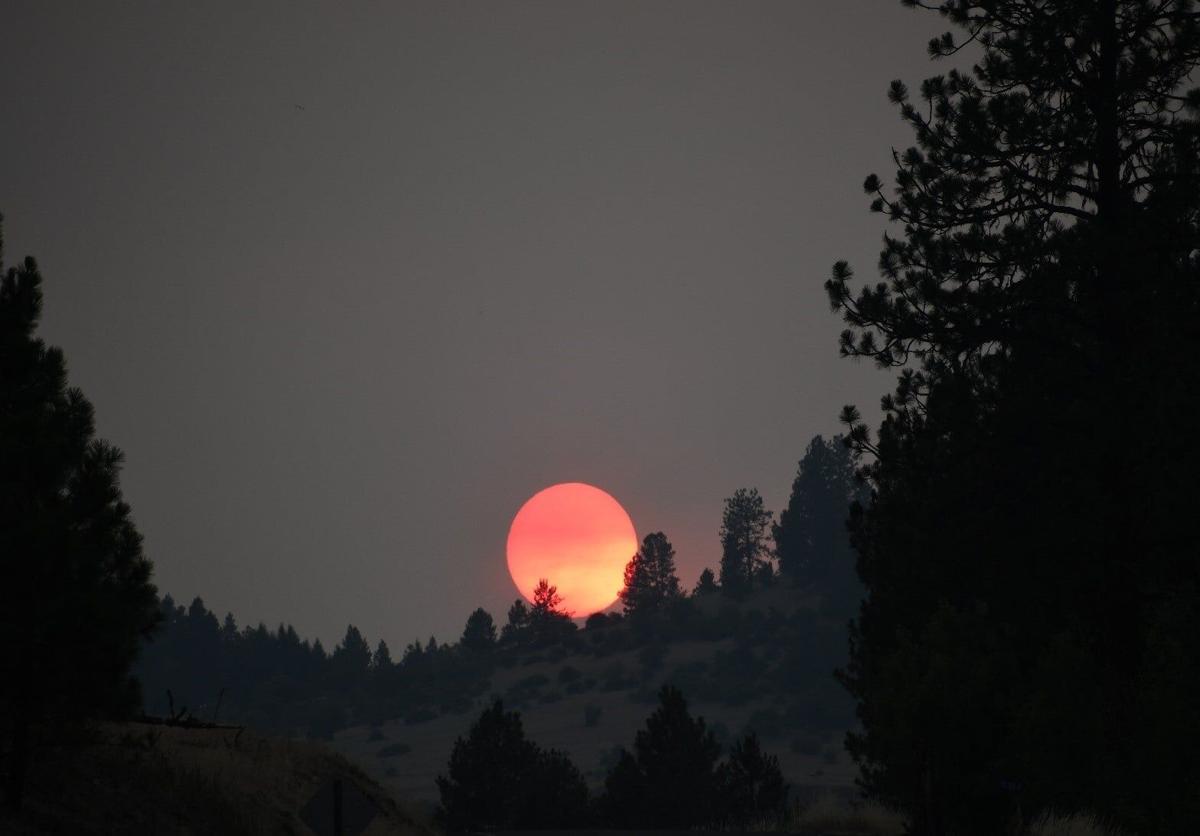 Sun setting in the smoke near Grangeville, Idaho on Tuesday, July 13 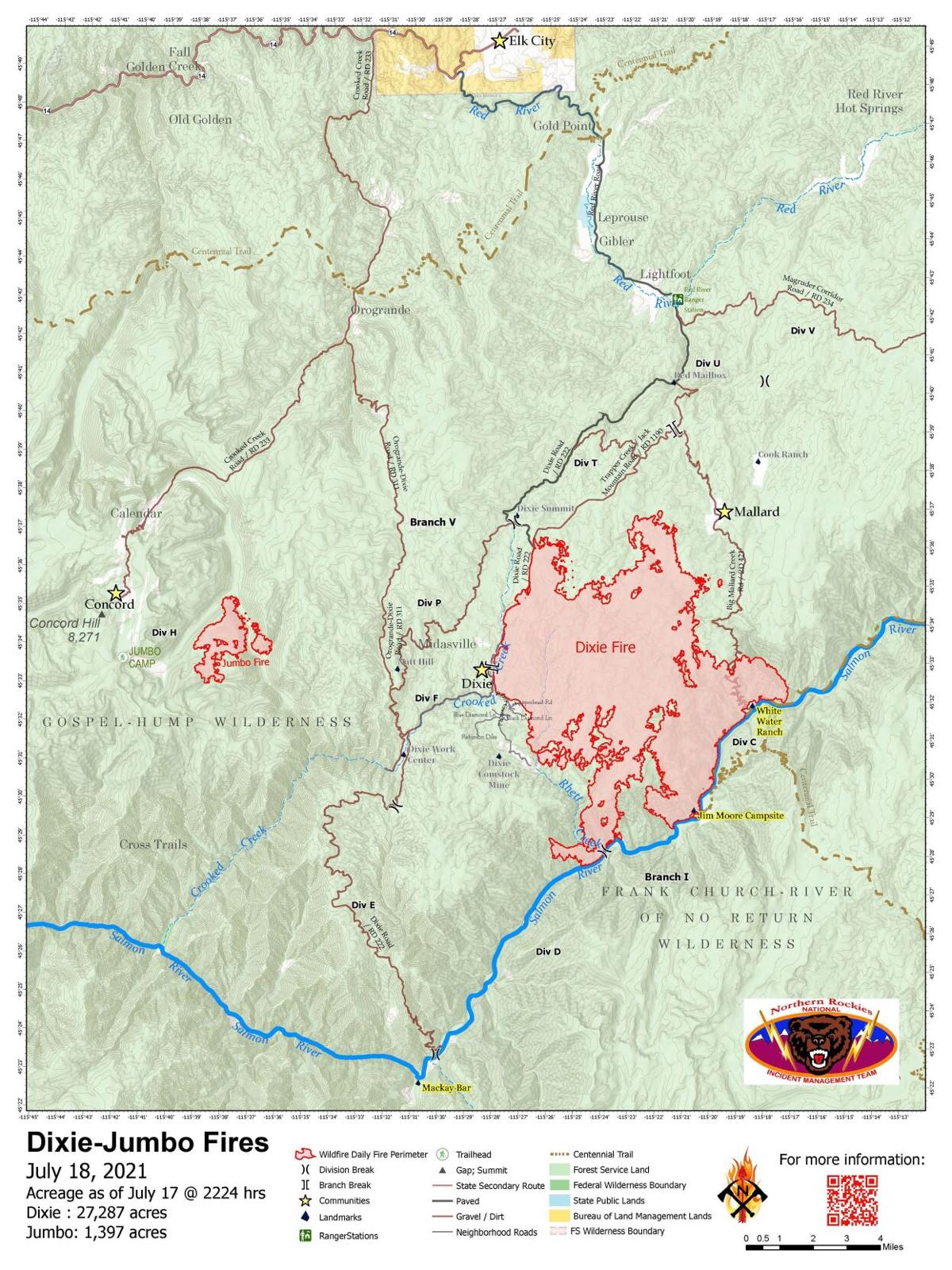 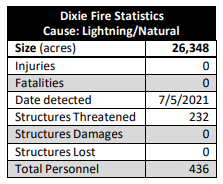 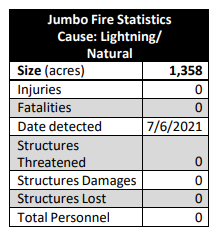 DIXIE, ID - On Sunday, July 18, the Type 1 Incident Management Team commanding the Dixie and Jumbo Fires provided an update on fire growth and containment operations. According to the update, the Dixie Fire grew approximately 1,134 acres on Saturday and is now estimated at 26,348 acres, while the Jumbo Fire grew approximately 62 acres and is estimated at 1,358 acres.

To this point, there have been no injuries or fatalities and zero structures damaged or lost as a result of these fires.

The Dixie fire grew by approximately 1,134 acres on Saturday, with most of the growth along the Salmon River and in the northeast corner. The fire is now estimated at 26,348 acres. According to the most recent update, no structures have been damaged or lost, but 232 structures remain threatened.

Heavy equipment task forces continue to work on a fuel break along Jack Mt road (FS Road 1190) above the northern perimeter of the fire. Mallard Ranch and the campground have structure protection in place and are being monitored.

Along the eastern edge, crews are removing hazard trees on the 421 where the fire crossed the road between Vitta Point and White Water Ranch. To the south, the fire continues to spread along the Salmon River from Mallard Creek to just past Rhett Creek. Crews are continuing to do structure protection preparation along the river corridor. Within the communities of Dixie and Comstock, firefighters continue to hold and improve line, and do structure preparation on the west side of Dixie and down in the Comstock area.

A total of 436 fire personnel are working on this fire.

On Saturday, the Jumbo fire grew by 62 acres and is now estimated at 1,358 acres. No structures have been damaged or lost and none are threatened at this time. The Jumbo Fire will continue to be monitored daily and suppression tactics will be reassessed if conditions warrant.

Sunday temperatures will be in the 90’s across the fire, with relative humidity around 15%. Winds are coming out of the southwest at 10-15 mph with gusts up to 20-25 mph on ridgetops. Hazy skies will persist as southwest winds bring smoke aloft from regional and local fires. For more information on smoke conditions visit https://fire.airnow.gov/.

This will be the hottest, driest, and windiest day since the fire was discovered. Firefighters are expecting an increase in fire activity today with the change in weather.

Based on current fire activity, STAGE 2 FIRE RESTRICTIONS are in effect as of Friday, July 16. The fire situation across the region has led land management agencies and fire managers in the Grangeville area to put these restrictions in place.

Boaters on the Salmon River are directed to stop at Allison Ranch for updated fire information prior to continuing downriver. Expect active fire on the north side of the river from Yellow Pine Bar down toward Mackay Bar. Designated camping areas along the fire are open for camping, however, be alert for rolling, flaming debris on river canyon slopes.

Evacuation orders continue to be in place in the communities around the fire perimeter including the Dixie/Comstock Area, Mallard and Whitewater Ranch. For evacuation information and updates, please call the Idaho County Sherriff’s office at 208-983-1100.

A trail closure order affecting multiples trails south of the Dixie fire is in effect on the Krassel Ranger District of the Payette National Forest, including a portion of the Idaho Centennial Trail.

For more information on these fires, visit: https://inciweb.nwcg.gov/incident/article/7608/60737/.

Some clouds this morning will give way to generally sunny skies for the afternoon. High 77F. Winds light and variable.