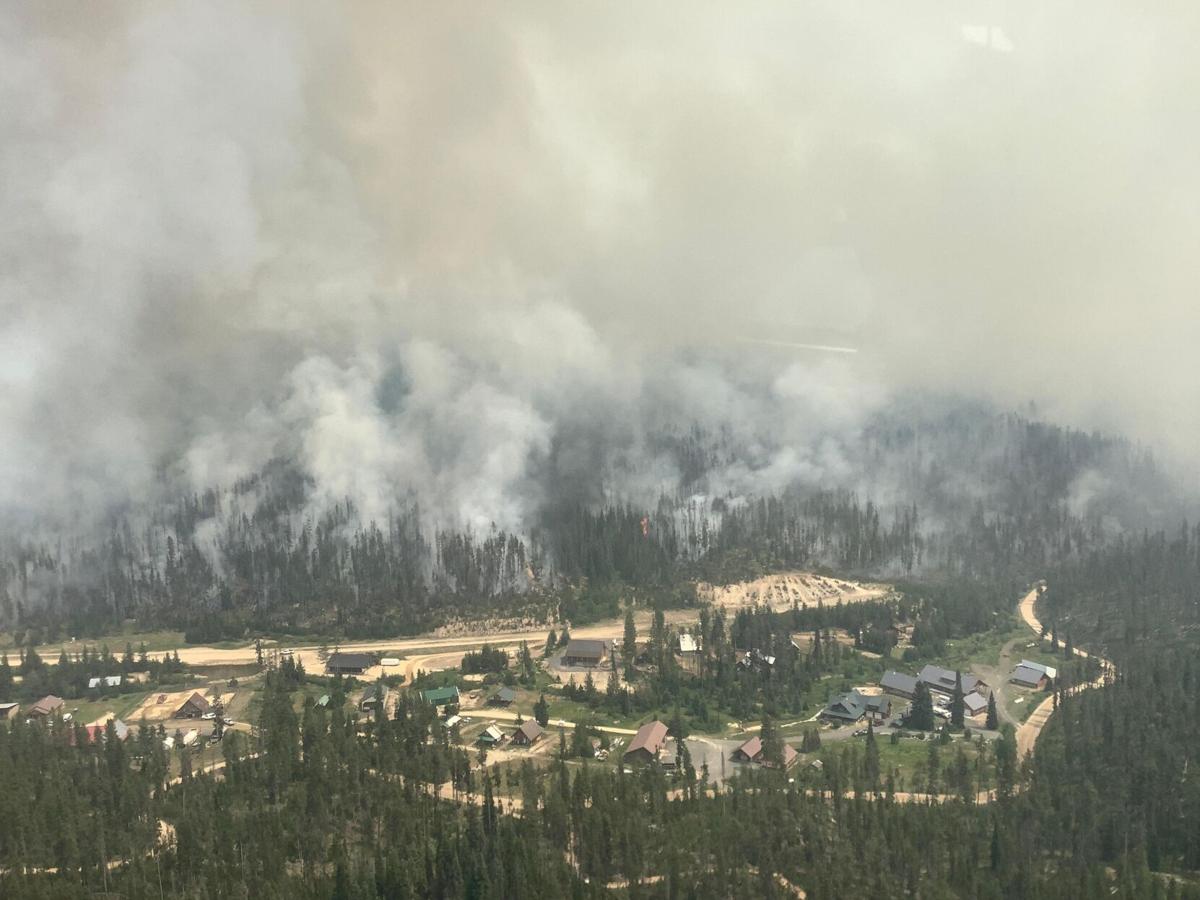 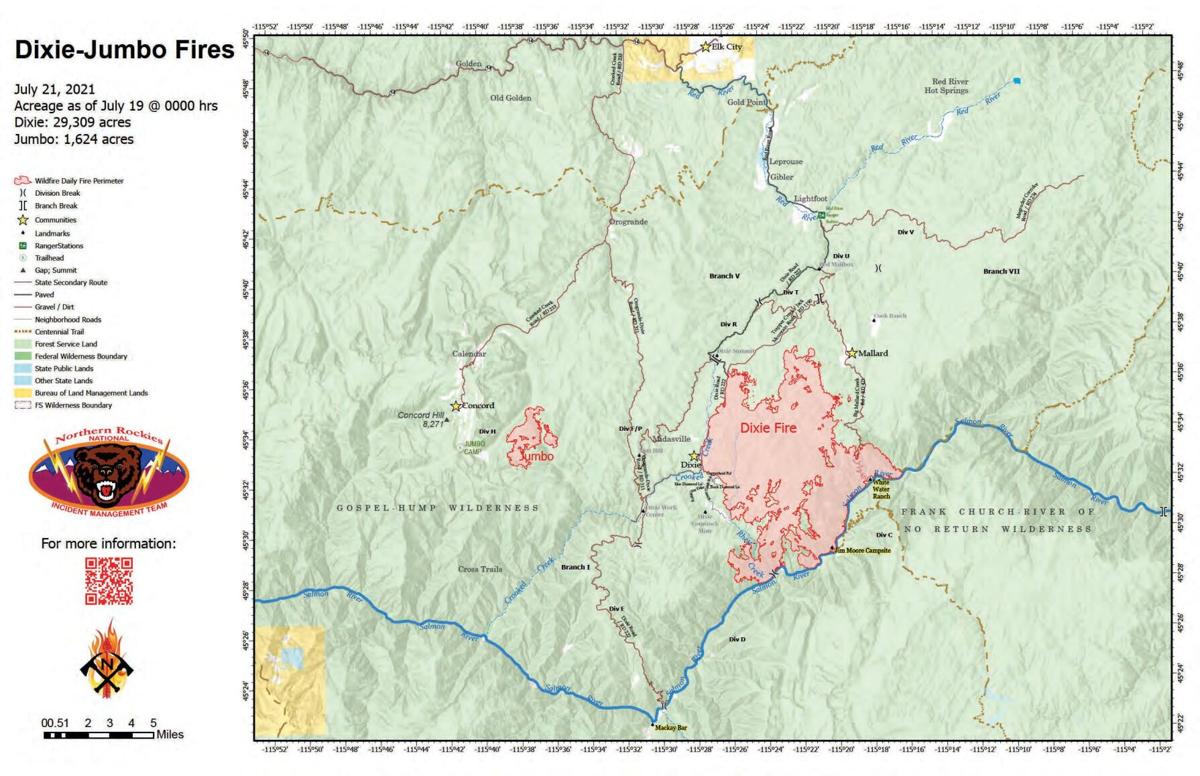 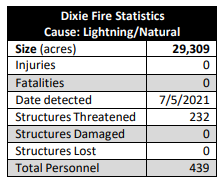 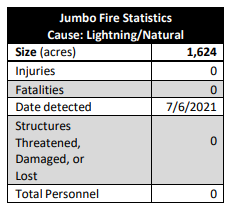 The southwest corner of the fire continues to push downriver and up into Rhett Creek drainage. Firefighters are continuing to use boats to move personnel and equipment up and down the Salmon river to secure structures and complete fuels mitigation work ahead of the fire. Crews will be working in the Comstock and Dixie communities improving fireline, completing additional structure preparation and patrolling. The northern end of the fire is still mostly south of the Jack Mountain Road. Cloud cover cancelled the scheduled infrared flight (IR); acres will be updated after the next IR flight scheduled for later tonight.

The Jumbo Fire, which remains active around the edges, is estimated at 1,624 acres. Due to cloud cover, fire officials were unable to get an accurate infrared reading and thus were unable to provide an update on the size of the fire.

Firefighters continue to monitor the Jumbo Fire daily, and suppression tactics will be reassessed if conditions warrant. Most of yesterday’s fire activity was on the south and east end of the fire. Acreage will be updated after next IR flight.

Cooler temperatures and higher relative humidity across the area resulted in minimal fire activity yesterday. Crews made good progress on the northern end of the fire where it crossed Jack Mountain Road and will continue to put in fireline around it until they tie it back into the road.

Today is a critical fire weather day with temperatures in the mid-eighties, relative humidity at 25-30% and southwest winds 10-15mph. Fire behavior is expect to increase, especially on the southeastern end near White Water Ranch and the northeast side of the fire.

A chance of rain and the possibility of thunderstorms over the fire area still remain, although less so than yesterday. Monitors near the fire saw smoke concentrations ranging from Good to Unhealthy for Sensitive Groups, staying mainly Moderate. Similar conditions are expected to days as southwest transport winds continue to push smoke to the north/northeast and bring in smoke from local and regional fires. Localized smoke continues to settle in drainages, namely along the Salmon River.

The Idaho Department of Environmental Quality in Lewiston and Idaho Falls has issued an Air Pollution Forecast and Caution to notify residents of Latah, Lewis, Lemhi, Idaho, Clearwater, and Nez Perce counties of degraded air quality due to wildfire smoke. The Nez Perce Tribe issued an Air Quality Advisory and Burn Ban. All are effective until further notice.

Trucker injured when semis collide on Interstate 84 in East Idaho