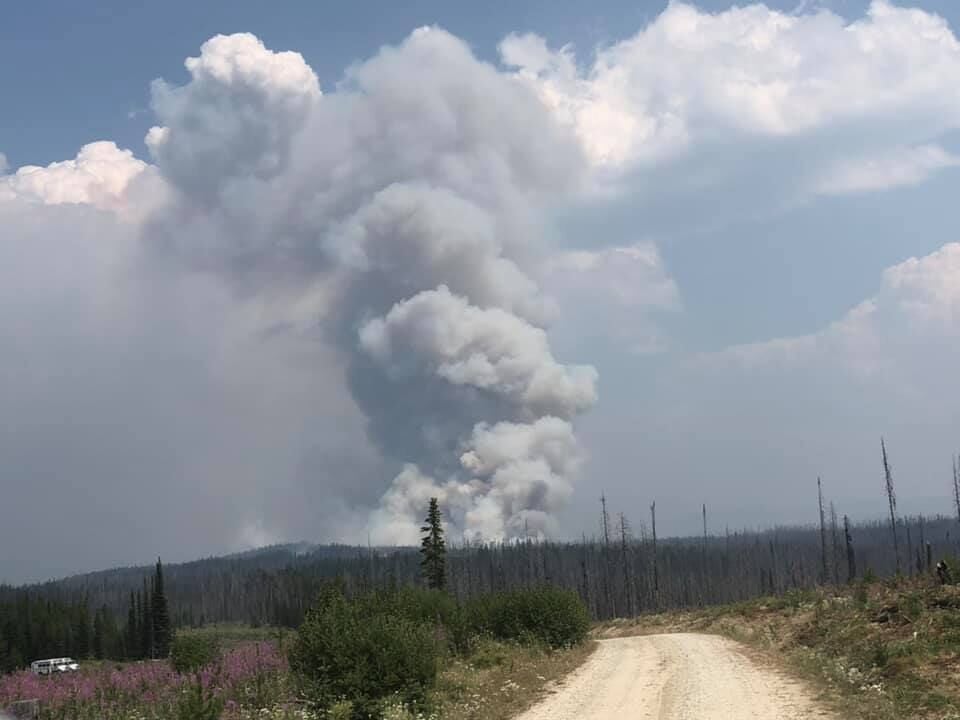 Smoke column on the Dixie Fire at approximately 1:30pm on Wednesday, July 21, 2021. Photo was taken near Dixie Summit looking northeast off of Jack Mountain Road (1190 Road). 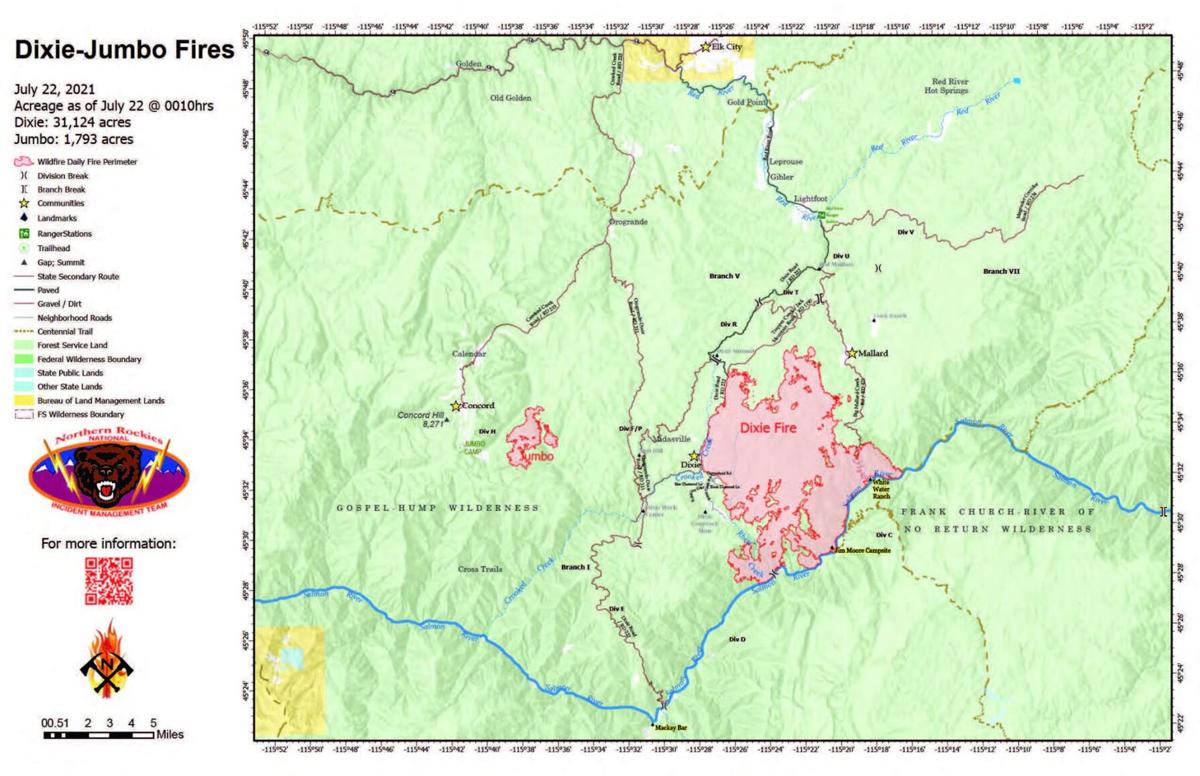 Smoke column on the Dixie Fire at approximately 1:30pm on Wednesday, July 21, 2021. Photo was taken near Dixie Summit looking northeast off of Jack Mountain Road (1190 Road).

DIXIE, ID - On Thursday, July 22, the Type 1 Incident Management Team commanding the Dixie and Jumbo Fires provided an update on fire growth and containment operations. According to the update, the Dixie Fire has grown approximately 2,000 acres since Monday and is now estimated at 31,124 acres, while the Jumbo Fire grew approximately 150 acres and is estimated at 1,793 acres.

A Mission Critical Response Group (MCRG) consisting of two Type 1 (Hotshot) crews, two Type 2 Initial Attack crews and two Type 6 engines arrived yesterday. The MCRG is a specialized group that spends a few days completing a specific task before moving on to the next incident. Their primary task on this incident will be securing the northeastern portion of the fire and holding it south of Jack Mountain Road and east of Mallard.

Fire activity increased Wednesday afternoon around 1:00pm. The northern edge of the fire saw the most activity as it pushed toward Jack Mountain Road. Conditions were favorable for burning operations and firefighters were able to sucessfully hold the fire at the road. To the east side of the fire, crews made progress constructing line on the upper northeastern end. The section of fire north of Jack Mountain Road was secured. Down along the river corridor the fire did not make much progress up or down river and is still holding on the north side of the Salmon River. It is slowly moving north up Rhett Creek toward the southern end of Comstock. Crews are completing additional work near the southern end of the community. On the western side of the fire, crews are continuing to secure the line and remove hazard trees next to the road. Aircraft supported operations on the northern end of the fire with several water drops throughout the day.

Firefighters continue to monitor the Jumbo Fire daily, and suppression tactics will be reassessed if conditions warrant. Acreage will be updated after the next infrared flight.

Boaters on the Salmon River are directed to stop at Allison Ranch for updated fire information prior to continuing downriver. Expect active fire on the north side of the river from Allison Ranch south to Mackay Bar. Designated camping areas along the fire are open for camping, however, be alert for rolling, flaming debris on river canyon slopes.

Evacuation orders continue to be in place in the communities around the fire perimeter including the Dixie/Comstock Area, Mallard, and White Water Ranch. For evacuation information and updates, please call Idaho County Sheriff’s Office at 208-983-1100.

A mix of clouds and sun early, then becoming cloudy later in the day. Hot. High 97F. Winds NNW at 5 to 10 mph.