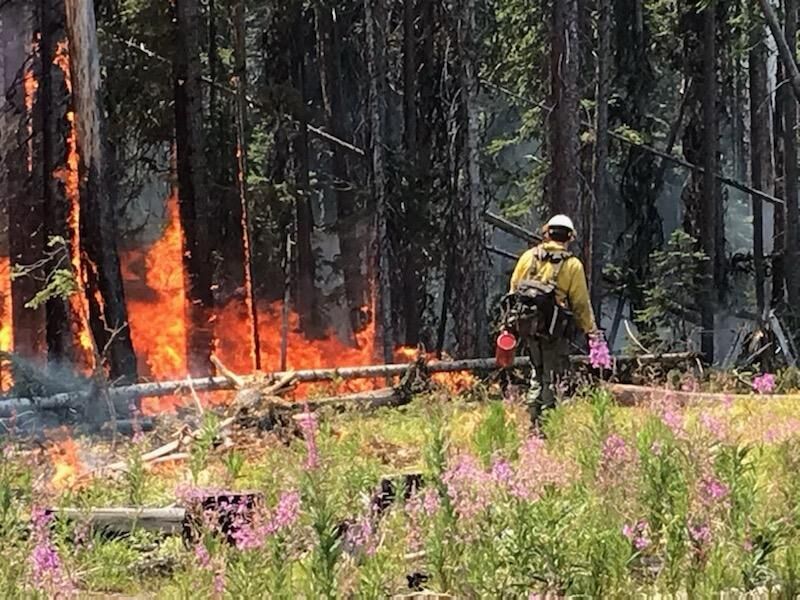 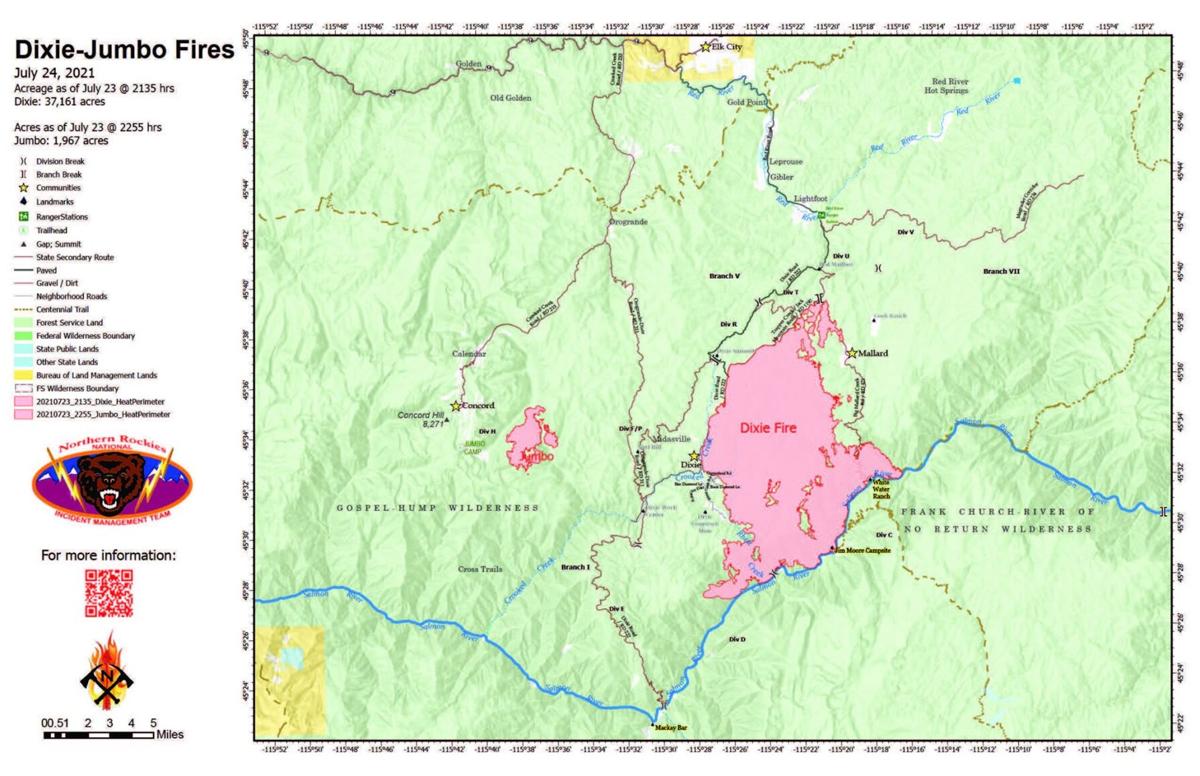 A Type 2 team will assume command of the fire on Sunday, July 25.

The Dixie Fire was last estimated at 37,161 acres as of 9:35pm on Friday, July 23. On Friday, the fire grew by approximately 5,191 acres. The fire continues to burn in the interior area as unburned pockets of fuel ignite. Along the Salmon River Corridor, the fire is still holding on the north side of the Salmon River.

On Saturday, it is expected the fire will be backing down into the Blowout Creek area. On the western side of the fire, snag trees in the Dixie and Comstock area have been falling. Crews are removing hazard trees next to the road and as they come down. Aircraft supported operations on the northern end of the fire with several water drops throughout the day.

The Jumbo Fire was last estimated at 1,967 acres as of 10:55pm on Friday, July 23. The fire has grown by approximately 133 acres since the previous update.

Firefighters continue to monitor the Jumbo Fire daily, and suppression tactics will be reassessed if conditions warrant. Yesterday the wind fueled burning activity for a slight increase in acreage.

Idaho and More Than Half of U.S. States vow to Fight Biden’s Vaccine Mandate

Idaho to Welcome Around 400 Afghan Refugees