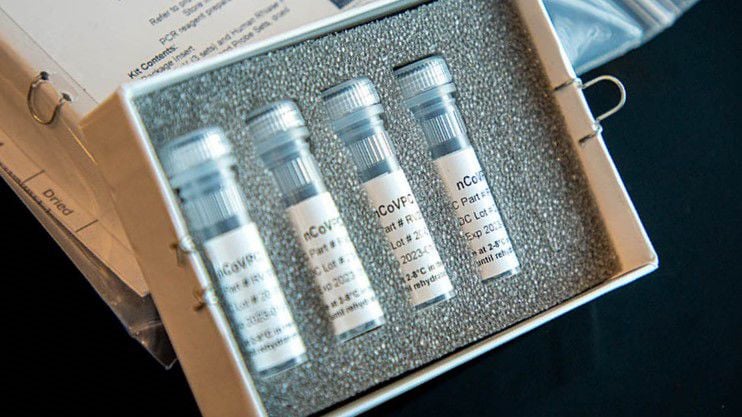 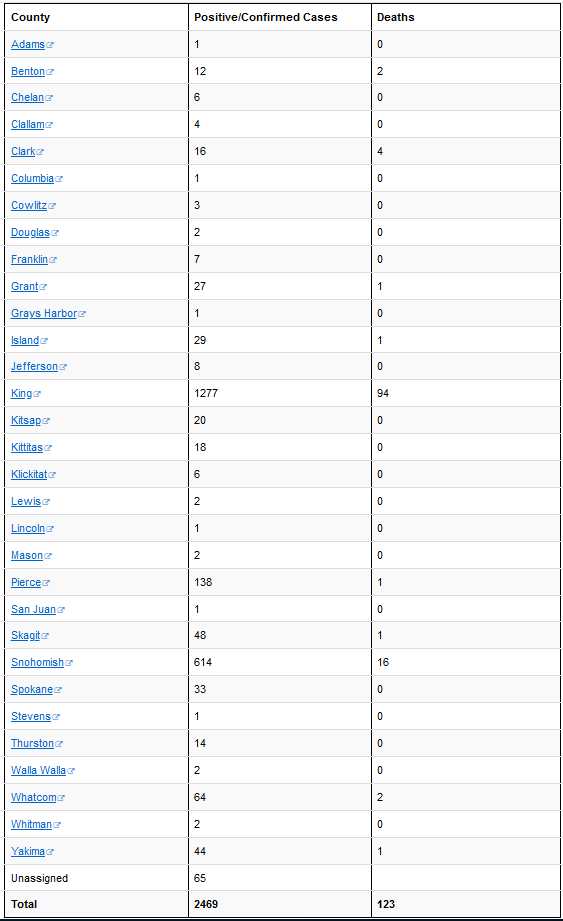 LEWISTON, ID - As the number of Idahoans tested for COVID-19 approaches 2,000, the state's confirmed case total has reached 91.  Still no deaths have been attributed to the virus in Idaho.  Health officials announced Nez Perce County's first case last night.  As of 6:30 a.m. Wednesday, here are the reported case totals by county in Idaho:

Confirmed cases in Washington state now total at least 2,469.  123 have died.  The listing by county is shown in the graphic below.